Menu
Home » NBA Playoff Picks – Game 5: With Harden and Irving Now OUT, Nets are a Dog 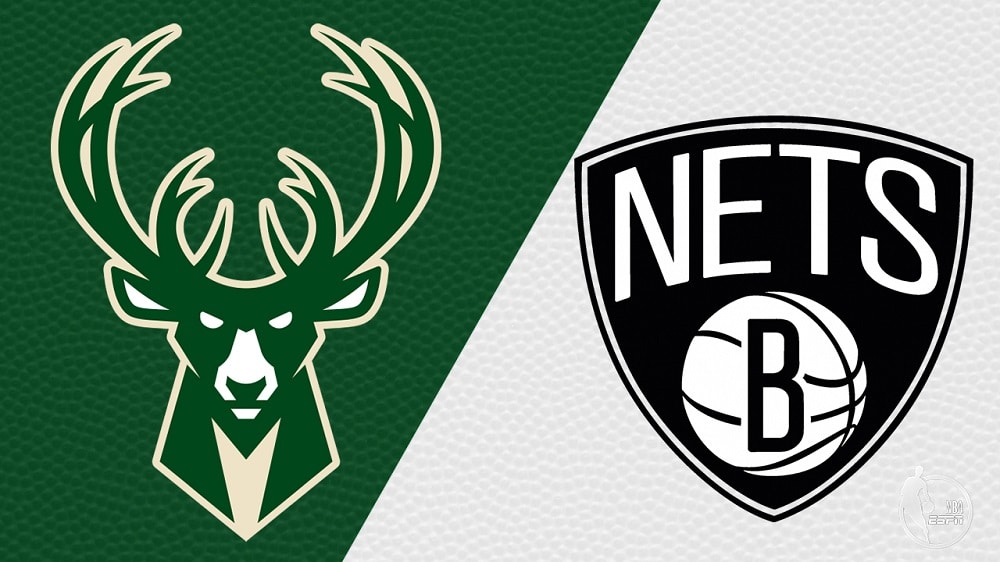 To listen to everybody right now, the Brooklyn Nets really have their backs against the wall. Of course, they are tied at two games apiece in their NBA Eastern Conference series against the Milwaukee Bucks, with Game 5 scheduled for Tuesday night at 8:35 PM ET at the Barclays Arena.

But the “Big Three” that Brooklyn fans thought would carry them to an NBA title is down to a “Big One” at the moment, and that Big One has to have one of the monster games of his life…

… At least as far as all the “observers” are concerned.

This will obviously be an interesting game for BetOnline customers to watch, and they can indeed watch it with the added dimension of having a number of prop bets on the game. They offer hundreds of possibilities, and we’ll explore a couple of them.

Here are their NBA playoff odds on Game 5. And you’ll notice they are the home underdog in the game:

Neither Kyrie Irving’s ankle injury nor James Harden’s groin injury are going to let them take the floor. And according to Nets coach Steve Nash, they aren’t going to rush Harden back out there just because of Irving’s absence.

When you see a situation like this one, where the team favored to win the championship at the outset of these proceedings is now getting points at home, you’ll look for reasons where it might be feasible to take the points.

Having Kevin Durant on the floor might be one of those reasons. Unquestionably he’ll have to pick up the slack for his other guys, but the fact is, he DOES have other guys who can be of help.

One of those is Joe Harris, who was the top three-point marksman in the NBA this season. However, Harris has been off the mark in the last couple of games, making just four of 19 from beyond the arc. He has to be able to stretch things out.

Blake Griffin has shown some flashes of what he used to be, and he’s got to continue, without question. He may get some help up front from DeAndre Jordan, if Nash elects to go bigger with the lineup and emphasize defense more. At this point, we wonder if he has a choice.

The truth is, the Nets, who set a new NBA record for the highest Offensive Rating at 118.3, have registered 85.0 and 92.9 the last two games, which is less than pedestrian.

At BetOnline, this is what they have as far as an over-under on Durant’s point total:

So obviously there is an expectation that he will not only take the responsibility onto his shoulders to an even greater degree, but that he will explode.

There have been five games this season in which Durant has played without Irving or Harden in the lineup. In those games, he has averaged 34 points and the Nets have won four times. As we have mentioned many times, Brooklyn has dealt with injuries to at least one of these superstars all season long. Usually though, it has been Harden providing the floor leadership to guide them through this.

Of course the Nets could pull the upset; and they are +165 on the money line. There are a lot of things they’re going to have to do right. But Milwaukee, which registered the second-highest Pace figure in the league, doesn’t mind making this more of a “bump-and-grind” thing, and they have lost potential points with Giannis going just 11 of 29 from the free throw line.

At BetOnline, they give you a chance to get very much into the game, with a virtual plethora of props that cover almost everything!….. And remember that once the game tips off, you can keep things going with the “Live Betting” option. And with Odds Boosters, explosive payouts on pre-selected parlays await you…….. Cryptocurrencies, including Bitcoin, are welcome for deposits!