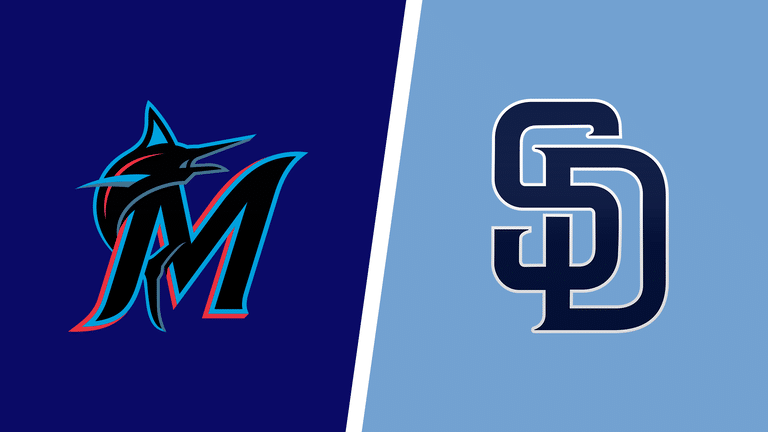 The Miami Marlins visit the San Diego Padres for a three-game series at Petco Park, and the first pitch of the opener is set for Monday, August 9, at 10:10 PM ET. These two National League foes split a four-game set in Florida back in July, so let’s see what’s the best Marlins vs. Padres betting pick for this Monday night.

The Padres are firm -215 favorites on Bovada Sportsbook, while the Marlins sit at +196 with a total of 8.0 runs.

The Marlins are struggling on the road

The Miami Marlins have dropped seven of their last nine games away from home, excluding Sunday’s closer of a three-game set at Coors Field in Denver. They got humiliated by the Rockies in the opener this past Friday, 14-2, while the middle clash ended in Colorado’s 7-4 victory.

The Marlins were 47-64 on Sunday, trailing huge 11 games behind the Philadelphia Phillies, who led the way in the NL East. Miami has struggled mightily since the All-Star, posting a 4.48 ERA (16th in the majors) and a .683 OPS (26th), and the Marlins have slugged just 19 homers over their last 20 contests.

Zach Thompson will get the nod Monday at Petco Park, and the 27-year-old rookie is 2-4 with a sharp 2.53 ERA, 1.10 WHIP, and 43/16 K/BB ratio in nine starts (42.2 frames). Thompson has been charged for a loss in two of his previous three starts, getting some awful run support and surrendering six earned runs through 14.2 innings of work.

One of those two defeats came against the Padres on July 23. The righty yielded three earned runs on six hits and a walk while punching out three across five frames.

The San Diego Padres are still without Fernando Tatis Jr. (shoulder), as their iffy form in the second half of the season goes on. Excluding Sunday’s closer of a three-game home set against the hapless Diamondbacks, the Padres have lost seven of their previous 12 games overall.

They opened the D-backs series with an 8-5 defeat last Friday but bounced back with a 6-2 victory in the middle contest. San Diego has registered a disappointing 4.30 ERA since the All-Star, while the Padres’ offense has done a good job, recording a .273/.351/.448 slash-line in that span.

Joe Musgrove will take the mound Monday against the Marlins, and the 28-year-old righty emerged victorious at Marlins Park on July 23, tossing six innings of a two-run ball. He’s been terrific over his last three starts, yielding just three earned runs on 11 hits and five walks while punching out 20 across 19 innings of work. Musgrove is 7-7 with a 2.87 ERA and 0.97 WHIP in 21 starts and one relief appearance in 2021.

I’m expecting Joe Musgrove to put on another strong performance. He already played well against the Marlins in July, and I’ve mentioned Musgrove’s recent form. This is a favorable matchup for the Padres’ righty, while the Marlins’ pitching staff will have a tall task.

The Padres have scored five or more runs in four of their last five showings, slashing .285/.356/.417. The hosts should easily grab a win if they continue with their offensive performance and Joe Musgrove gives six or seven strong innings.

Both teams have struggled on the mound since the All-Star break, though their bullpens have done a good job over the last two weeks. The Marlins have a 2.68 ERA in that span, while the Padres own a 2.74 ERA.

Hereof, I’m backing the under on the totals. Three of their first four encounters of the season went in the under, producing no more than seven runs in total.