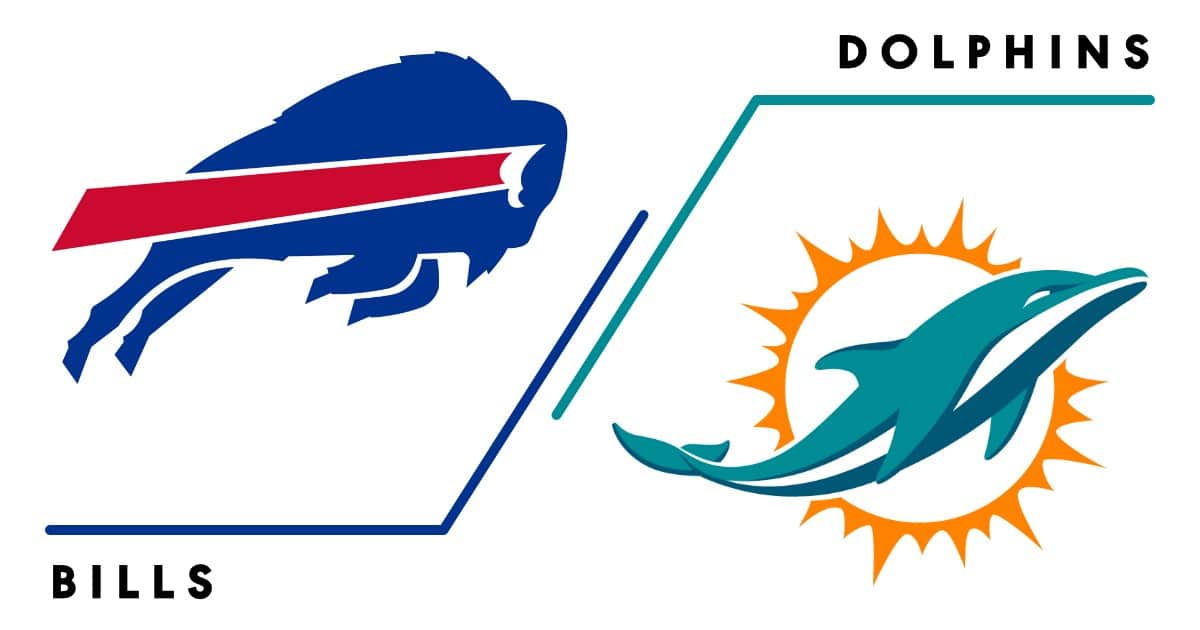 Week 2 of the 2021 NFL season continues Sunday, September 19, with plenty of interesting markets to choose from, so we’ve prepared the best Buffalo Bills vs. Miami Dolphins betting pick and odds, as these two AFC East foes meet at Hard Rock Stadium in Miami with the kick-off at 1:00 PM ET.

According to Bookmaker Sportsbook, the Bills are 3.5-point favorites with a total of 47.5 points. Last season, Buffalo swept Miami, dropping 87 points on the Dolphins through eight quarters, and the Bills are undefeated in their last five encounters with the Phins.

New users get 100% Cash bonus at the Oldest & Safest online sportsbook Bookmaker, In business over 25yrs. Enjoy up to 25% Cash bonuses on reloads!

The Buffalo Bills entered the new season with high hopes after reaching the AFC Championship Game in 2020. However, they suffered a tough 23-16 home defeat to Pittsburgh this past Sunday, playing as 6.5-point favorites.

The Bills blew a ten-point lead from halftime in Week 1, allowing the Steelers to score all their points in the second half. Josh Allen completed 30 of his whopping 51 passing attempts for 270 yards and a TD, while the Bills had 25 rushing attempts for 117 yards.

Buffalo leans too much on its passing game once more. Last season, the Bills averaged 107.7 rushing yards per contest (20th in the NFL), while Josh Allen and Stefon Diggs led their offense. Diggs had nine receptions for just 69 yards and no score last Sunday, so he’ll have to improve in Week 2, as well as the entire Bills’ offensive unit.

The Dolphins upset the Pats in Week 1

The Miami Dolphins started the 2021 NFL season with a surprising 17-16 victory over the New England Patriots. They played as 3.5-point road underdogs, so the Phins are now 5-1 straight up and 6-0 ATS in their last six showings as dogs.

Miami put on a strong defensive performance in Week 1 to fully deserve its victory. Although the Patriots racked up 393 total yards, they managed to score just once from their four visits to the red zone. Furthermore, the Phins forced a couple of turnovers, and Xavier Howard recovered the Damien Harris fumble in the fourth quarter to decide the winner.

On the other side of the ball, the Marlins posted just 74 rushing yards, while Tua Tagovailoa tossed for 202 yards, a TD, and an interception. Rookie wideout Jaylen Waddle had four receptions for 61 yards and a touchdown, while RB Myles Gaskin accounted for 76 yards from scrimmage.

The Dolphins leaned on their defense in 2020, but the Bills had their number. Miami missed the playoffs thanks to a heavy 56-26 defeat at Buffalo in Week 16, so the Phins will be fired up to get revenge. I’m expecting a tight contest that could easily go either way, and it seems like there’s no easy money in this matchup.

Both teams are capable of playing tough defense, so I’m backing Buffalo to win and cover a 3-point spread, as their offense is certainly better than Miami’s attack, at least on paper. Josh Allen tortured the Dolphins in 2020, and I’m expecting more of the same come Sunday, as the Bills certainly don’t want to trail the No. 1 seed in the AFC East by two games after Week 2.

Both last season’s duels between the Bills and Phins produced a bunch of points and went in the over. As I’ve mentioned above, the Bills destroyed the Dolphins at home, while the clash at Hard Rock Stadium was ended in Buffalo’s 31-28 victory.

Although these two AFC East foes rely on a stout defense, we shouldn’t get a low-scoring affair. The Dolphins struggled to defend the Bills’ passing game in 2020, and I’m looking for a similar scenario this time around.