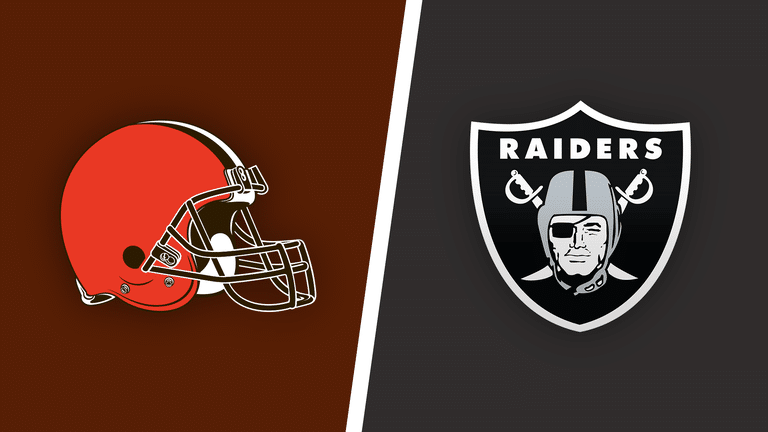 Week 15 of the 2021 NFL season goes on Saturday, December 18, with a couple of games around the league, including the AFC showdown at FirstEnergy Stadium in Cleveland, so we bring you the best Raiders vs. Browns betting pick and odds.

Las Vegas meets Cleveland for the second straight season. Last year, the Raiders outlasted the Browns 16-6 as 1-point road underdogs. This time around, Las Vegas is a 1-point road fave, while the totals are listed at 38.5 points in Bookmaker Sportsbook.

The Raiders hope to break out of their funk

The Las Vegas Raiders fell to 6-7 SU and 5-8 ATS on the season following an embarrassing 48-9 defeat at the Kansas City Chiefs this past Sunday. It was their second consecutive loss and fifth in the previous six outings at any location.

The Raiders allowed 35 first-half points at Kansas City. They turned the ball over a whopping five times, including four lost fumbles, while the Raiders’ defense couldn’t stop nose bleeding. Derek Carr went 33-of-45 for 263 yards, a TD, and an interception, while Hunter Renfrow had 13 receptions for 117 yards and a TD.

Las Vegas has been without Darren Waller in the last two weeks. Waller, who’s accounted for 643 yards and a couple of scores so far this season, is doubtful to play Saturday due to a knee injury. The Raiders have scored more than 16 points only once in their previous six games overall.

The Cleveland Browns (7-6; 5-8 ATS) are coming off a 24-22 home victory over the Baltimore Ravens this past Sunday. They failed to put points on the scoreboard in the second half and nearly blew a massive 21-point lead.

The Browns racked up only 290 total yards against the Ravens while surrendering 389 in a return. Baker Mayfield went 22-of-32 for 190 yards, two touchdowns, and an interception, while Nick Chubb added 17 carries for 59 yards.

Both Mayfield and the head coach Kevin Stefanski have tested positive for COVID-19, so they’ll probably miss the Week 15 clash against the Raiders. Case Keenum should get the starting call, his second of the season, as the 33-year-old signal-caller led the Browns to a 17-14 home win over Denver in Week 7. RB Kareem Hunt is also expected to sit out Week 15.

The Browns opened as 5-point favorites for this game, but the line has moved to the opposite side after the COVID-19 news. Anyway, Case Keenum is experienced enough to give the Browns a chance of beating the Raiders, who have been a complete disaster as of late.

I’m expecting the Browns to run the ball as much as possible. The Raiders are yielding 125.3 rushing yards per game (26th in the NFL) and 4.3 per carry (tied-14th). Las Vegas’ offense has been awful in five of its last five contests, so give me the hosts and points.

The Browns will look to control the clock and establish their prolific ground game. On the other side, the Raiders will try to finally surpass a 20-point mark, so the totals look like a tricky wager in this matchup, especially with the line at 38.5 points.

Only one of the Raiders’ last nine contests has produced fewer than 39 points in total. Las Vegas’ run D is a big issue, so I wouldn’t be surprised if the Browns’ rushing offense puts on a show and score a few touchdowns. The over is 12-6 in the Raiders’ last 18 games overall.