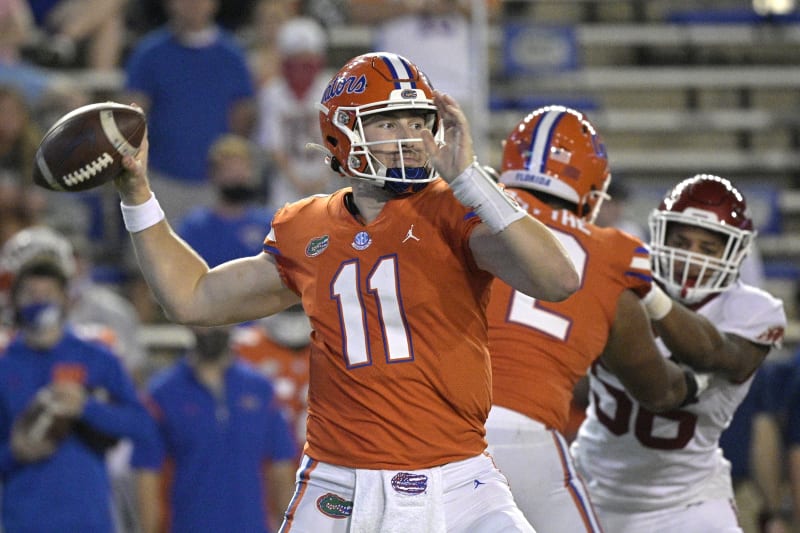 There has not been too much college football fans could feel sure about this year. But there has been one thing—they knew who would win the Heisman Trophy this season. It would be either Clemson’s Trevor Lawrence, Ohio State’s Justin Fields, or Alabama’s Mac Jones.

One of those three has been the favorite at just about every sportsbook all season. But it appears that is not the case anymore. BetOnline.ag has Florida’s Kyle Trask installed as the favorite:

It is not too surprising that Lawrence is a little further down on the list now. He led the way for most of the season at most sportsbooks. But after missing two games due to Coronavirus protocols, his odds have slipped.

While he has been very good this season, he has not had a game that will make voters go ‘wow.’ The other three have.

Fields has had an excellent season, although his season to date has only been three games. An argument could be made that it is not fair to have him listed ahead of Lawrence, but he has certainly not earned top billing (yet).

Mac Jones has been lighting secondaries up this season while leading Alabama to an undefeated record and making it look easy in the process. But while his game has been impressive all year, there is one whose numbers are even better—Florida’s quarterback, Kyle Trask.

Trask has been absolutely incredible in every game this season. Of the six he has played so far, he has thrown for 400+ yards three times. He has yet to throw fewer than four touchdowns in a game (has six in two). He ranks first in the nation in points/game responsible for and passing touchdowns.

After throwing six touchdowns in a win over Arkansas last weekend, fans started to chant ‘Trask for Heisman,’ and it is not hard to understand why. However, there is one black mark on his resume—the loss to Texas A&M.

Fans will point to the 300+ passing yards and four touchdowns he had in the game, but in the end, winning is what counts—not stats. But if he can continue to decimate opponents for the remainder of the regular season and then do the same to Alabama in the SEC Championship, he could win.

The answer is ‘yes’ but do so at a different sportsbook. Trask’s odds are going to be higher everywhere else. So, if you are going to take the risk, you might as well get as much reward as you can. The fact that there is a sportsbook listing him as the favorite tells you that the notion is not a crazy one.