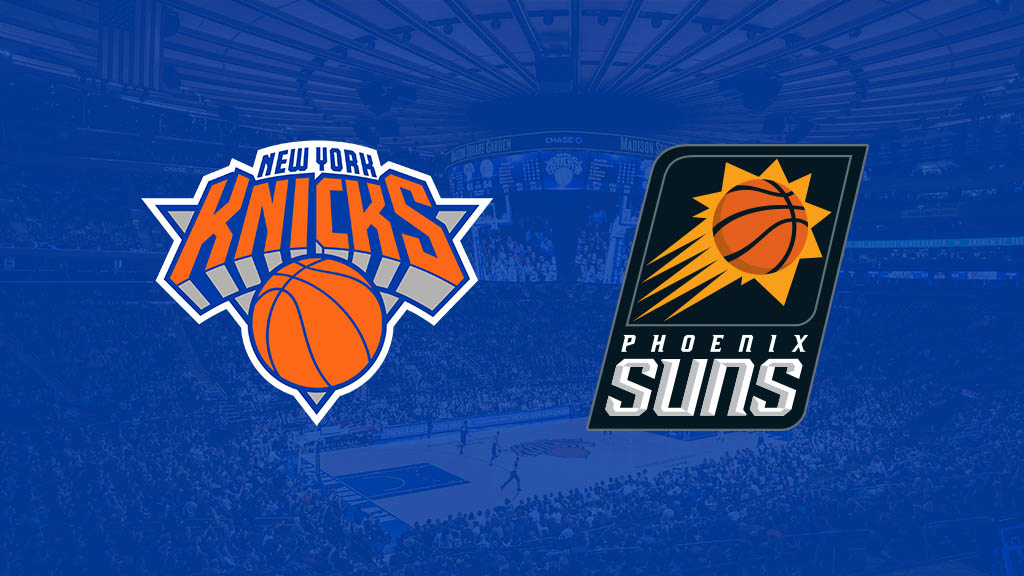 A big basketball card takes us into the weekend with a bunch of games on Friday night. As has been the case for a while now, there weren’t a lot of overnight lines posted for the games. Too many of these games are touch-and-go with players sitting out and other bits of breaking news.

There are a few games where both teams are fully invested and one such game is the matchup in the desert between the New York Knicks and the Phoenix Suns. ESPN has decided to keep its commitment to Lakers vs. Trail Blazers, but the reality is that this game is a lot more compelling, so we’ll stay focused on it.

Phoenix is favored by 6.5 points with a total of 218 per the odds at BetOnline a US Sportsbook.

The goal for the Knicks right now is to win games. New York has two games in hand on the Atlanta Hawks in the race for fourth place in the Eastern Conference. There is no hope of catching the Milwaukee Bucks or any of the teams above them. There is a chance that the Knicks could still fall down far enough to be forced into the play-in tournament. The Knicks are two games ahead of Miami in that department.

This is a bit of a tough spot for the Knicks in that they’re on a West Coast trip so late in the season. They won at Houston and at Memphis in a back-to-back before tripping up in the altitude of Denver in a 16-point loss on Wednesday. They have three games left on this trip, with the Friday game against Phoenix and then games on Sunday and Tuesday in Los Angeles.

The Knicks and Suns just played last week at MSG. The loss snapped a nine-game winning streak that put New York into an advantageous position to control its own destiny. The Knicks led by as many as 15 in the first half and took a seven-point lead into halftime, but Phoenix took the lead with 8:35 left in the fourth quarter and held it until the end. Both teams shot over 50% in the game, which was a rare off night for Julius Randle.

Randle only had 18 points to go with just six rebounds. He’ll have to be better if the Knicks are to get back that game that they lost. It would help to do a better job with Devin Booker as well, as he had 33 points on 14-of-26 shooting.

New York’s defense has been its claim to fame this season, holding opponents to a .511 eFG%, the second-best mark in the league. Their 2P% against ranks fifth and their 3P% against is tops in the league.

They’re also third in 3P% on offense themselves, but have struggled badly inside the arc, where they rank 29th in the league. It will take a really big shooting performance to pull the upset here.

That’s because the Suns are winning with their offense. They take great care of the basketball with the sixth-best TOV% in the league. The Suns are second in FG%, fifth in eFG%, second in 2P%, and also second in FT%. Phoenix takes a lot of midrange shots and it seemed like they would regress a little bit in that department, but they have not and continue to make a lot of those tough shots.

If there was something we could point to, it would be that the Suns are a bad offensive rebounding team and not a very good rebounding team overall, but that would be about it. That seems to be the only glaring flaw for this team. They defend the three-point line well and are around the league average in 2P%. They are 29th in getting to the line, but at least they’ve made a lot of their free throws when they have gotten there.

The Suns are still playing for the #1 seed in the Western Conference. The Utah Jazz are a game ahead in that department and will take the floor against Denver on Friday. Phoenix does have the most road wins of any team in the West, so that could be a good sign for the postseason. They’re at home in this one, where they are 25-9, but you never want to discredit a team that can win on the road.

The Suns are also coming off of an embarrassing loss to the Hawks on Wednesday. They lost 135-103 in a game where Atlanta shot 63.1% from the field. It was a back-to-back after an overtime game against the Cavaliers and a close win over Oklahoma City. It is entirely possible that the Suns, who have not been in this position much, are feels the effects a little bit of the schedule.

They do play the Lakers on Sunday and finish up with Golden State, Portland, and San Antonio, with four of their last five on the road after playing eight of their last 10 away from home.

Phoenix is definitely in a bounce back spot here off of the lopsided loss to Atlanta, but they may be looking at the big picture a little bit more with five conference games left down the stretch. The Knicks have a higher sense of urgency and really controlled that April 26 game for a long time until going cold in the fourth quarter.

New York is good enough to hang within this number.