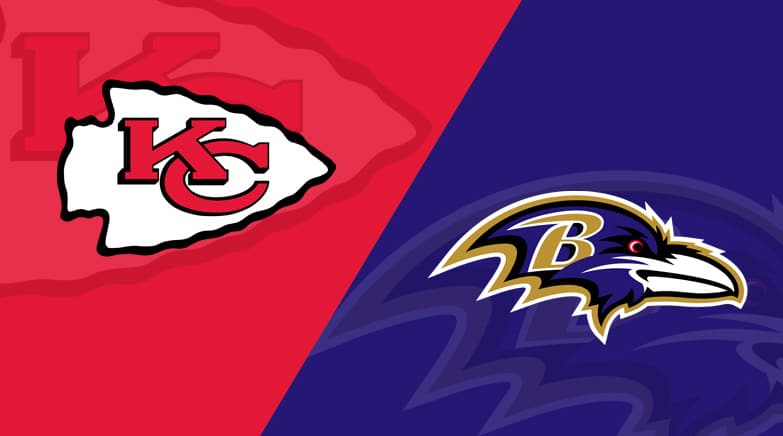 Week 2 of the 2021 NFL season brings another showdown between Patrick Mahomes and Lamar Jackson, so we have prepared the best Kansas City Chiefs vs. Baltimore Ravens betting pick and odds, as the two AFC foes meet on Sunday Night Football.

According to Bookmaker Sportsbook, the Chiefs are slight 3.5-point road favorites with a total of 54.5 points. Kansas City aims for its fifth straight victory over Baltimore, while the Chiefs and Ravens lock horns for the fourth straight regular season.

New users get 100% Cash bonus at the Oldest & Safest online sportsbook Bookmaker, In business over 25yrs. Enjoy up to 25% Cash bonuses on reloads!

The Chiefs earned a huge win in Week 1

The Kansas City Chiefs failed to cover a 5.5-point spread at home last Sunday, but they managed to overcome a 12-point deficit from halftime and grab a 33-29 victory over the Cleveland Browns. It was a thrilling clash, and the Chiefs once more relied on Patrick Mahomes to make the difference.

Mahomes finished with 337 yards and three touchdowns, including a 75-yard TD pass for Tyreek Hill down the stretch. Hill was a monster with 11 receptions for 197 yards and a TD, while Travis Kelce added six catches for 76 yards and a pair of touchdowns.

Kansas City struggled to cope with the Browns’ ground game in the first half. The Chiefs’ defense improved drastically in the second half, and Mike Hughes’ interception with 1:16 left on the clock sealed the victory.

The Ravens lost a thriller in Las Vegas

The Baltimore Ravens entered the 2021 campaign without some key players. Gus Edwards, J.K. Dobbins, Marcus Peters, and Justice Hill are all done for the season, while cornerback Chris Westry will be sidelined for at least a month with a torn meniscus.

The injury-depleted Ravens gave their best shot in Week 1, but they suffered a 33-27 overtime loss at the Las Vegas Raiders. Baltimore racked up 406 total yards, while Lamar Jackson tossed for 235 yards and a touchdown while adding 12 carries for 86 yards.

However, the Ravens couldn’t cope with Derek Carr and the Raiders’ passing game. Furthermore, Lamar fumbled three times, and the Raiders recovered two down the stretch. He’ll have to take much better care of the ball, especially now when his team is missing key players in the backfield.

The Chiefs have covered the spread only once in their last 12 outings, and that will have to change sooner rather than later, especially because they are 12-3 ATS in the previous 15 games played in September.

The Ravens have struggled to cope with Patrick Mahomes over the last three years. After they allowed Derek Carr to shine in Week 1, the Ravens will have another tough day in the office when Mahomes and the Chiefs come to town. Kansas City owns too many dangerous weapons for this shorthanded Baltimore team.

Last year, the Chiefs outlasted the Ravens in Baltimore, 34-20, while they narrowly defeated Baltimore at home in 2019, 33-28. I’m expecting another high-scoring affair Sunday at M&T Bank Stadium, as the Ravens will struggle to slow down the Chiefs’ offense, while the hosts should have enough firepower to score a few touchdowns against Kansas City’s shaky defense.

As I’ve mentioned, the Chiefs had serious problems with the Browns’ ground game in Week 1. Hopefully, the injury-depleted Ravens will be ready to run and take advantage of the Chiefs’ defensive flaws. The over is 4-1 in the Ravens’ last five showings at home, and it is 4-2 in the Chiefs’ previous six encounters with the AFC North.