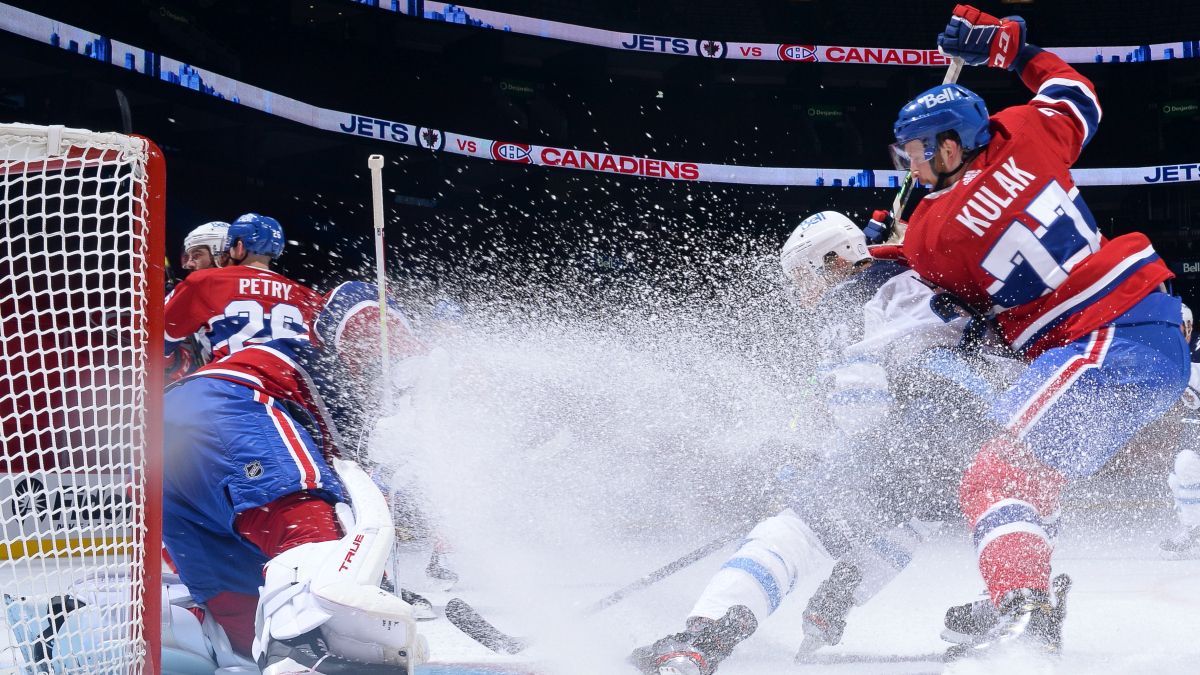 Big home favorites are the story in the NHL tonight. With a key swing game in Boston, the Bruins are laying upwards of 90 cents to take a 3-2 series lead. North of the border, the Montreal Canadiens have a lot of incentive to win tonight, as they can avoid a long trip back to Winnipeg and advance to the NHL Playoffs Semifinals with a win over the Jets.

Montreal is a hefty favorite in the -145 range at BetUS Sportsbook to get that series-ending victory. The total for this one is 5.5, but with heavy juice to the under. You can find 5 with over juice at some places as well.

The Jets swept the Edmonton Oilers right out of the playoffs in the first round and that was a pretty big upset. It took the Canadiens a lot longer to eliminate the Toronto Maple Leafs, as they erased a 3-1 series deficit to win in the decisive seventh game. It was thought that Winnipeg’s rest and energy reserves would be a big factor in this series, but Uncle Mo has been following Montreal around and now the Jets are on the brink of elimination.

The best hope for the Jets in any playoff series is goaltender Connor Hellebuyck. Well, he’s struggled badly in this series, allowing nine goals on just 88 shots. His .898 SV% is a far cry from the .950 that he had against the Oilers. Hellebuyck allowed eight goals on 159 shots in that series. He has not played well in this series and has not gotten a lot of help from his teammates either.

The Jets scored 14 goals in four games against the Oilers. They’ve scored four goals in three games against the Canadiens. Mark Scheifele’s suspension has not helped the cause in the last two games, as the Jets were shut out in Game 2 and managed one measly goal in Game 3. Scheifele’s absence hurts, but also, the Jets have gotten absolutely nothing in this series from Blake Wheeler, a lone assist from Nikolaj Ehlers, and only one goal from Kyle Connor, who is -6 in the series.

This is actually a back-to-back, as the teams played last night and Montreal won by the 5-1 count as a -120 favorite. We’re definitely paying a premium on the Habs here, but with how the Jets have played in this series, it seems justified.

If you look at the 5-v-5 stats in this series, Montreal holds a 5-2 lead in goals. The Canadiens have had 12 more scoring chances and 13 more high-danger chances. The Habs are getting into the premium scoring areas and the Jets are not. Price is also greatly outplaying Hellebuyck in this series and that is a big reason why Montreal can sweep and advance to the next round. The Canadiens have not trailed in six straight games and have won all of them. This is a team clearly peaking at the right time.

Price has only allowed four goals on the 87 shots that he has faced over the three games thus far. Nine different goal scorers have lit the lamp for the Canadiens, as Joel Armia and Nick Suzuki are the only players with more than one goal. Everybody has gotten into the act. Both of Armia’s goals are actually shorthanded tallies and that has been a huge development in this series. The Canadiens have two power play goals and three shorthanded goals to go with six at even strength.

Winnipeg has not scored on the power play, so they’ve been outscored 3-1 with the man advantage. The Jets have a shorty themselves, but putting the puck in the net in any game state has been a major problem for them in the series. Their issues have been Montreal’s gains, as the Habs need one more win for their first “Conference Finals” appearance since 2014 as one of the Final Four teams left.

Unless something drastically changes for the Jets, this series looks to be over. Connor Hellebuyck can steal a game, but he looks tired and the Jets look pretty uninspired offensively without Mark Scheifele. With the back-to-back here, you have to give the nod to the Canadiens, who are firing on all cylinders and playing on a ton of adrenaline right now with the six straight wins.