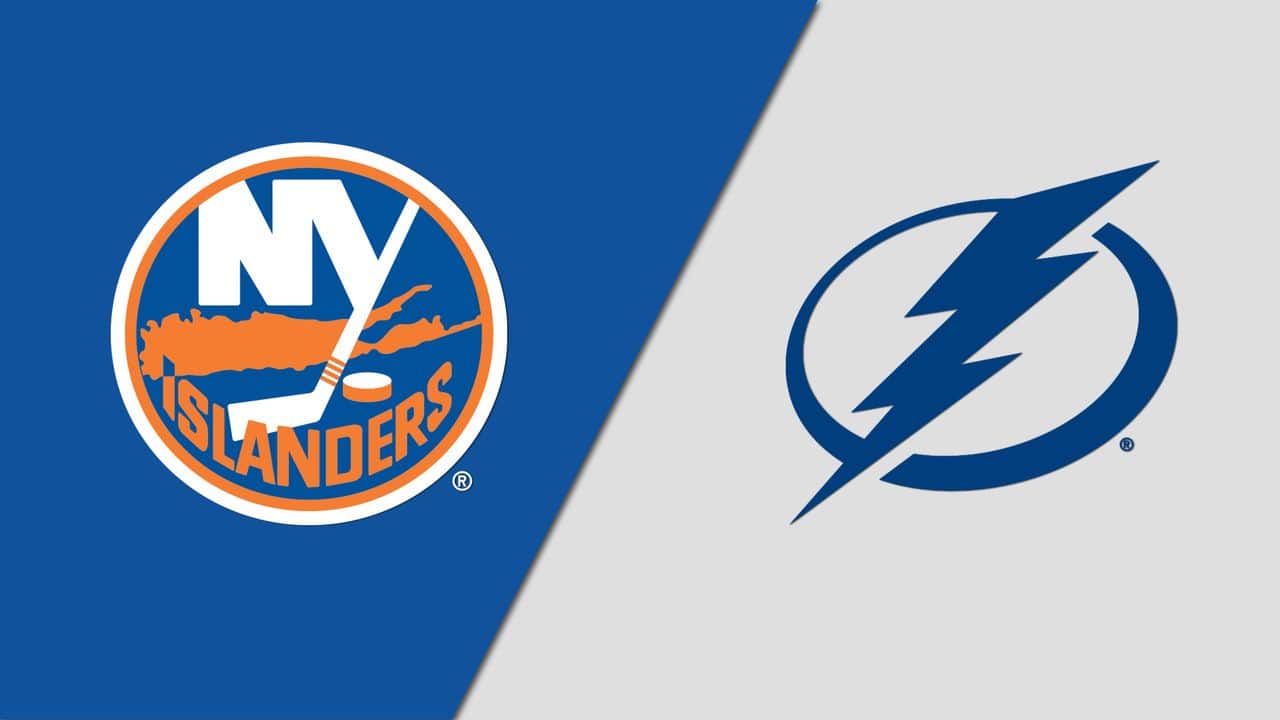 The Tampa Bay Lightning are now on high alert. The New York Islanders were pummeled in Game 1 against the Boston Bruins and it almost felt like a fact-finding mission for head coach Barry Trotz and his team. Five games later, the Bruins were sent packing.

What happens when the Islanders win Game 1? Well, we’re about to find out because it is the Isles that have a 1-0 series lead in the best-of-seven series against the Lightning. Bettors are undeterred for Game 2, as Tampa Bay is still the big favorite up in the -205 range at Bookmaker Sportsbook with a total of 5.

We won’t call it a must-win, but it isn’t a must-win until you can be eliminated, but Tampa Bay certainly doesn’t want to fall behind 2-0.

The Islanders had a great game plan for Game 1. They actually matched up extremely well against the high-powered Lightning. There has been a lot of talk about how far over the salary cap Tampa Bay is in these playoffs, but because there is no cap in the postseason, it is just a series of moot points. Still, the Bolts brought back Nikita Kucherov and Steven Stamkos simply because they could and that led to a couple of series wins over the Florida Panthers and then Carolina Hurricanes.

It was an excellent road game from the Islanders. The irony is that New York struggled mightily on the road during the regular season, going just 11-13-4. By comparison, the Islanders were 21-4-3 at home. The last change matters a lot, especially for a coach as cerebral as Trotz and a team that doesn’t score a lot of goals. The Islanders are all about goal prevention.

Well, in the playoffs, the Islanders have only allowed 34 goals in 13 games and have scored 45. They’re also now 5-2 away from home. All of the wins have come in one-goal games, just the way they like it. The fact that the Islanders kept the Lightning at bay, controlled the pace of the game, and even matched Tampa Bay chance for chance is an awesome sign for them going forward.

Semyon Varlamov also continued his excellent play with 30 saves on 31 shots. After a shaky start in the Penguins series, Varlamov has been terrific and has a 2.43 GAA to go with a .930 SV%.

The Lightning aren’t going to panic after falling behind 1-0. Head coach Jon Cooper will want to see his top line play a lot better, though. Alex Killorn had a great game with four scoring chances, but it was Barclay Goodrow, Anthony Cirelli, and Blake Coleman that were generating chances. Brayden Point had a fine game, but he was the only big name to do so.

Nikita Kucherov had one scoring chance and it wasn’t even a high-danger one. Steven Stamkos had zero. The Lightning did virtually nothing at 5-v-5 at home in Florida Game 1 and even Victor Hedman had an off night. Collectively, the Lightning just seemed off. They seemed out of sorts. They seemed frustrated to not be able to get the transition game going against the Islanders.

What is interesting now is that the final four teams did not play each other at all during the regular season. The last round was full of teams that had played each other several times. The all-division schedule left us with some intriguing matchups in this round and the Lightning sure looked like a team unaccustomed to playing a team like the Islanders.

The Islanders got into shooting lanes and won the battle in the faceoff circle. The Lightning aren’t really used to either one of those things working against them. Even the goal came with just 54 seconds left from Brayden Point on the power play and a two-man advantage with Andrei Vasilevskiy pulled.

Vasilevskiy played well enough to be the winning goalie in Game 1. He stopped 29 of 31 shots, as the Islanders scored on a breakaway and a shot through traffic in the slot. Vasilevskiy has been great in the playoffs with a 2.23 GAA and a .934 SV%. We should expect anything less in Game 2.

It sure looks like Game 2 should play out a lot like Game 1. Open ice will be hard to find and both teams will be looking to capitalize on a limited number of scoring chances. This is the game that the Islanders want and if they’re able to keep clogging up the neutral zone, they’ll limit the transition game for Tampa Bay. That will keep the game from being up-and-down or wide-open.

To me, that means another under here in Game 2.