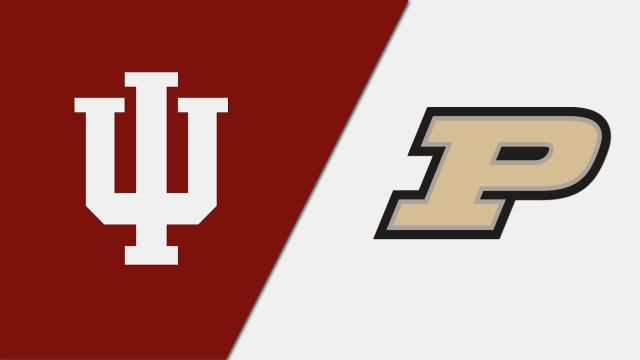 The 2021 college football regular season wraps up with Week 13 matchups on Saturday, November 27, so we’re taking a closer look at the Big Ten Conference battle from Ross-Ade Stadium in West Lafayette to get you the best Indiana vs. Purdue betting pick and odds.

The Hoosiers are big 15-point road underdogs with a total of 50.5 points on BetUS Sportsbook. Indiana has won two of its last four meetings with the Boilermakers, but the Hoosiers have failed to cover in that span.

The Indiana Hoosiers (2-9; 2-9 ATS) are on a seven-game losing streak following a 35-14 defeat to the Minnesota Golden Gophers this past Saturday. They fell to 0-8 in the conference play and failed to cover for the eighth time in the last nine outings at any location.

The Hoosiers gained only 218 total yards last weekend. Sophomore QB Grant Gremel went 5-of-12 for 60 yards and a TD, while freshman signal-caller Donaven McCulley had 16 carries for 72 yards and a TD. McCulley also completed three of his seven passes for 17 yards, but the Gophers picked him off twice.

The Boilermakers won three of their last four games

The Purdue Boilermakers (7-4; 6-5 ATS) are coming off a 32-14 victory over the Northwestern Wildcats in Week 12. Playing as 11-point favorites at the neutral site, the Boilermakers improved to 5-3 in the conference play thanks to another strong offensive display.

The Boilermakers lean heavily on their passing offense, and Aidan O’Connell has tossed for 2,900 yards, 19 touchdowns, and eight interceptions so far this season. Purdue is scoring 26.0 points per game (tied-85th) while racking up only 76.6 rushing yards (127th).

The Hoosiers’ offense is in shambles, and the Boilermakers are yielding only 21.7 points per game (36th in the country) on 355.5 total yards (45th). Purdue’s offense has improved a lot in the last few weeks, so I’m expecting the Boilermakers to cover a 15-point spread here.

The Boilermakers’ offense is pretty much one-dimensional, but the Hoosiers are a mediocre defensive team that shouldn’t be able to slow down Purdue’s passing game. Indiana has allowed 194 points over its last five contests, and the Hoosiers have been outscored by 25.6 points in that stretch.

The under is 5-0 in the Boilermakers’ last five showings as favorites and 8-3 in their previous 11 games overall. I would ride these betting trends, but the totals are a tricky wager in this matchup.

Both teams will try some new things because there’s nothing to play for, so we could get an unexpected high-scoring affair. I’ve mentioned the Hoosiers’ recent struggles on the defensive side of the ball, though the Hoosiers’ offense has scored a paltry 24 points over the last three weeks.