Best Online Sportsbooks
Home Sports Football How Many Regular Season Wins Will The Pittsburgh Steelers Have This Year? 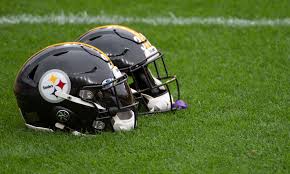 Prior to the start of the season, fans had high hopes for their Pittsburgh Steelers.  With how the defense looked last season and Ben Roethlisberger coming back, it was not hard to picture them making it to the AFC title game and maybe even the Super Bowl.

At the least, they were going to win quite a few games this season. Little did anyone know, but they would end up being the last undefeated team left standing. With Sunday’s big win over the Baltimore Ravens, they are now 7-0.

So—how many regular-season wins could they end up with this year? Bovada.lv has posted odds for the remaining possibilities:

They already have seven, so they will have to finish the regular season on a nine-game losing streak for that number to hit. With a game against Dallas this week, they are going to get at least eight. Cincinnati will not be a pushover, but they will more than likely take down the Bengals, too (in Week 11).

So, it is certainly quite possible that the Steelers could be 10-0 when the Baltimore Ravens again come to town in Week 12. That game, as fans saw last week, could easily go either way.

As for the final five games, Washington might make it fun to watch in Week 13. But can we really see Washington beating the Steelers? No, not really. Buffalo could potentially give the Steelers and maybe even steal the win.

Cincinnati is deceptively good. But so deceptively good they might beat the Steelers? Probably not, but if Joe Burrow has a great day and Ben Roethlisberger has a bad one, the Bengals could come away with the upset win. Indianapolis will not be an easy game; their defense could give the Steelers offense fits. But Pittsburgh’s defense will also give Philip Rivers fits.

If you are not sure how many wins they will have, but you are sure they are not going to go undefeated, Bovada a leading US sportsbook has another prop bet you may be interested in:

It is likely safe to consider them a lock for at least ten. So, the answer depends on how the final six games will play out. In the best-case scenario, they win all six. But there is a good chance they lose at least one Baltimore) and possibly a second (Indianapolis) and a third (Buffalo).

The safest bet is probably 13 or 14, but they may go undefeated this season. Put something down on 13 or 14 but go ahead and put a little something down on 16 wins and Yes (whether they will go 16-0). It is a longshot, but not an impossible one.