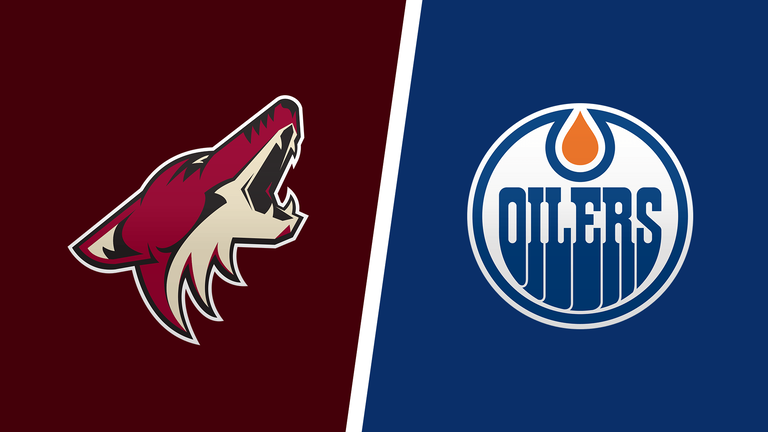 The 2021-22 NHL season continues with ten games on Thursday’s slate, including the Western Conference showdown at Gila River Arena in Glendale, so we bring you the best Oilers vs. Coyotes betting pick and odds.

Edmonton meets Arizona for the first time since February 4, 2020, and the Oilers have won ten of their last 15 encounters with the Coyotes. According to BetOnline Sportsbook, the Oilers are firm -183 moneyline favorites for Thursday’s game, while the totals are listed at 6.0 goals.

The Oilers outlasted Anaheim for their third straight win

The Edmonton Oilers are undefeated after their first three outings in 2021-22. They’ve played as home favorites on all three occasions, beating Vancouver 3-2 in a shootout, Calgary 5-2, and Anaheim 6-5. The Oilers were listed as massive -300 favorites to beat the Ducks this past Tuesday, and they barely satisfied the odds.

Edmonton trailed 4-3 at the end of the second period, but the Oilers smashed the Ducks in the third. Leon Draisaitl accounted for a couple of goals and assists, while Sam Steel and Zack Kassian found the back of the net twice each. Draisaitl and Connor McDavid have recorded eight points each so far this term.

Mike Smith has started in each of the first three contests, tallying a 3.08 GAA and a .920 save percentage. He was benched for Mikko Koskinen last Tuesday after yielding four goals on 15 shots. Koskinen earned the victory with 20 saves, and he’s expected to guard the cage against Arizona.

The Coyotes suffered another heavy loss

The Arizona Coyotes fell to 0-2-1 on the season following a 7-4 home loss to the St. Louis Blues this past Monday. They are off to a terrible start, as the first two games saw the Yotes lose 8-2 at Columbus and 2-1 in a shootout at Buffalo.

Arizona yielded a whopping five second-period goals against St. Louis. Carter Hutton surrendered six on just 21 shots, so the Coyotes will turn to Karel Vejmerka as their new starting goalie. The 25-year-old Vejmerka turned aside 11 of 12 shots against the Blues and 32 of 33 in that shootout defeat at the Sabres.

Defenseman Shayne Gostisbehere leads the way for the Yotes with four points, though he hasn’t found the back of the net yet. Center Clayton Keller has accounted for a couple of goals and an assist, while winger Phil Kessel has added three dishes so far.

The Oilers have one of the best front lines in the league, so they are favorites for a reason. Although their defense is not impressive, the Coyotes, on the other side, have allowed a whopping 17 goals across their first three outings.

Karel Vejmerka could be an X-factor for the hosts, but I cannot lean on a rookie to slow down Leon Draisaitl and Connor McDavid. The Oilers’ offense has been unstoppable so far, and I’m expecting more of the same when they take on Arizona.

I’m backing the over despite that tricky line at exactly six goals. Mikko Koskinen should patrol the crease for the Oilers, and he struggled mightily last regular season, posting a 3.17 GAA and a .899 save percentage.

The Coyotes should be fired up to prove their worth, so I think they’ll find a way to score a couple goals against the Oilers’ shaky defense. On the other side, the Oilers’ offense looks ready to put on another show.

Only one of six NHL games that will be played on Monday, December 5, is[…]

The NHL continues with six games scheduled for Monday, November 28, including this inter-conference duel,[…]

We only have one NHL game on the schedule for Friday, November 18, and it’s[…]

Another inter-conference clash is on the schedule in the NHL on Sunday, November 13, and[…]