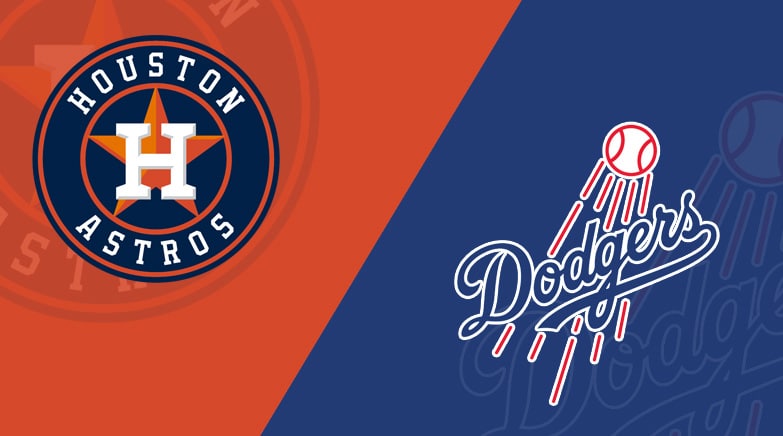 It only makes sense to look at the game between the Los Angeles Dodgers and the Houston Astros on Tuesday night, right? The Dodgers get their first crack at retribution since the Codebreaker scandal dropped in February 2020. The subsequent pandemic limited the baseball season and limited attendance, so the Astros have been able to escape a lot of fan vitriol in road ballparks.

They’ll be at home here, but the Dodgers, directly impacted by the cheating scandals of both the Houston Astros and Boston Red Sox, will take the field at Minute Maid Park in Houston Texas for the first time since everything came to light. The Dodgers are a road favorite of -115 at Bookmaker Sportsbook with a total of 8.5, as Houston is a home underdog in the regular season for just the fifth time in three seasons.

Lots to talk about and digest here, so let’s get started.

There are only two teams hotter in Major League Baseball than the Dodgers. One happens to be in the same division as Los Angeles. The other is 3,000 miles away. The Dodgers have flipped that proverbial switch to get back on track after hitting a long lull in late April that carried over into May. The Dodgers take the field winners of seven straight for this interleague matchup where they’ll get to add an extra hitter to an already potent lineup.

Idle on Monday, the Dodgers come into this game third in fWAR on the position player side and second in wOBA. Ironically, the team nipping on Los Angeles’s heels by thousandths of a decimal point is the Astros in the wOBA department. The Dodgers bring one of the league’s best walk rates into this game, which has been enough to make up for the lower batting average of .248 and the lack of power at .412.

While the full-season numbers look a little suspect on the power side, the Dodgers, like so many other teams, have seen a power uptick in May. Their .441 SLG ranks 10th over the last 10 days. They’re walking less in that span, but have gotten a little bit more aggressive with their swings and have been rewarded with some extra power production.

Clayton Kershaw will get the call on Tuesday night for the Dodgers. Kershaw has a 3.18 ERA with a 2.64 FIP on the season over 10 starts covering 56.2 innings of work. There are a lot of positive developments this season for the former Cy Young Award winner. His 9.3% HR/FB% is the lowest he’s had since 2016. His K% is 29%, his highest point since 2017. His walk rate is once again spectacular and his SwStr% is an elite 17%, the best he’s ever had.

The Dodgers bullpen, which has good overall numbers, but has struggled at times, ranks eighth in ERA and 14th in FIP this season. The Dodgers are just 6-11 in one-run games on the season and just 1-6 in extra inning games. They’ve lost some close ones, but won plenty in blowout fashion to balance it all out.

The Astros offense was sizzling for the early part of May, but has hit a little bit of a snag of late. Houston still ranked eighth in wOBA over the last 14 days entering action on Monday, but first in wOBA for the month. The Astros are pacing the field because of a low strikeout rate of just 16.6%. Houston’s K% is easily the lowest in baseball for the season and also for the month of May.

In the current run environment, where offense has been suppressed by a baseball that doesn’t carry well, the Astros have just put a lot of balls in play and have done so with great success, so they’ve had one of the league’s best offenses this season. Even with that, the Astros sit second in the AL West, despite being the only team in the division with a positive run differential.

It seems fair to say that the Astros care sometimes, but not other times. They’re 7-3 against Oakland, outscoring the Athletics by 32 runs. They are 6-3 against the Angels, outscoring them by 31 runs. But, they’re also just 4-3 against both Seattle and Texas and were swept by the Tigers when Detroit wasn’t playing well. They have lulls of focus and concentration. I’d like to think that they won’t have one against the Dodgers.

The Houston bullpen has not been very good this season, ranking in the bottom third of the league in FIP. Greinke, who threw four innings in three straight starts from April 28 to May 9, has worked 15 innings in his last two starts, so he’s been able to give the beleaguered bullpen a little bit of a boost in that regard of late.

The Astros lead the league in batting average against left-handed pitching and rank third in wOBA and second in wRC+. They don’t strike out a lot, so it will be up to the command profile of Kershaw to keep them at bay. The Dodgers offense is terrible against lefties, but leads the league by a large margin in performance against righties. It sure seems like those splits with what should be an open roof at Minute Maid Park lend themselves well for an over between two talented offensive teams.