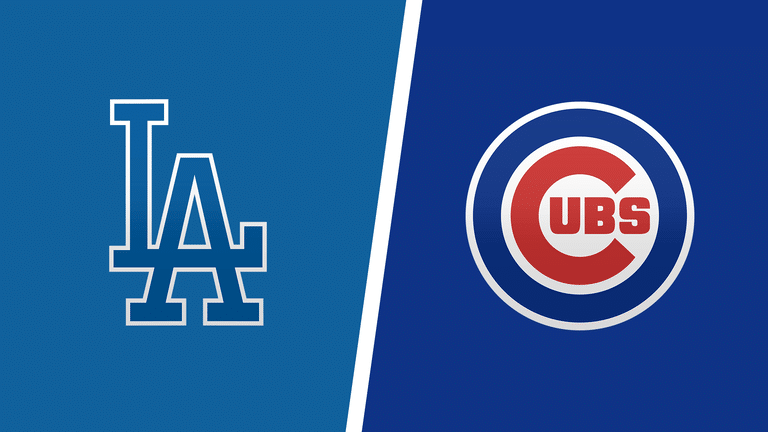 After getting no-hit by the Cubs on Thursday night, the Dodgers have won two in a row and have the chance to take care of the series on Sunday Night Baseball as a heavy favorite. Clayton Kershaw and the Dodgers are priced in the -190 range with a total of 8 at Bookmaker Sportsbook to take on Adbert Alzolay and the Cubs.

This is an interesting late game, as the Dodgers will take on the Giants beginning Monday and the Cubs have a long flight to Milwaukee to take on the Brewers in a battle for first place. I think there are some interesting betting angles on that front as we survey this matchup.

The Cubs offense has been dormant for a while now. After being a top-10 unit for much of the early part of the season, the only offense it feels like Chicago has been able to mount over the last 4-5 weeks has come from solo home runs. As a team this season, the Cubs do have one of the lowest batting averages in baseball, as their contact quality numbers are pretty marginal, but they have hit a lot of home runs.

The problem with that approach is that hitting home runs at Dodger Stadium can be a little bit tough with the batting environment in Chavez Ravine. It also doesn’t leave much margin for error for the pitchers if the only run support comes in the form of solo dingers.

The Cubs rank 16th in wOBA for the season as a whole, but rank 29th in wOBA over the last 30 days. They’ve struck out a lot with a 28.5% K% and have not been able to offset those outcomes with walks. They’re batting just .197 as a team in that period. They’ve hit 44 home runs, which is among the most in the league, but that’s been it. One blast and then a sea of nothingness.

That means that Adbert Alzolay probably doesn’t want to count on a whole lot of run support in this one. Alzolay has a 4.19 ERA with a 4.47 FIP in his 62.1 innings of work. He has a really nice set of strikeout and walk rates, but Alzolay has a 1.73 HR/9, so he’s giving up a lot of long balls and those have driven up his ERA and his FIP.

The Cubs bullpen is up near the top in LOB%, so we’re looking for some negative regression out of them as the season goes along as well.

The Dodgers lost four in a row prior to Friday’s 6-2 victory to get back on track. Then they won 3-2 on Saturday. The Dodgers offense has been very pedestrian for a while now, even with Cody Bellinger back from injury. For whatever reason, the Dodgers are not maximizing their offensive talent and have had a lot of trouble scoring runs over the last little while.

Los Angeles has one of the highest walk rates in baseball and has all season long, but the Dodgers are hitting for minimal power. Maybe Bellinger’s walk-off home run on Saturday will be the catalyst for him and for the offense to really get something going in the power department. The Dodgers are still eighth in wOBA over the last 30 days due in large part to their high walk rate, but their .408 SLG really doesn’t grade very well.

Given that power is up across the league thanks to the foreign substance crackdown, the Dodgers are going to need to do more in hopes of keeping pace with everybody else. They’ll have to improve their contact quality and hit more doubles and homers, otherwise they’ll have some tough times winning games.

Clayton Kershaw has been the pitcher of record in 15 of his 16 starts, as he brings an 8-7 record to the table here. He has deserved a better fare with a 3.43 ERA and a 2.95 FIP in his 94.1 innings of work on the season. He’s struck out way over a batter per inning and has an elite walk rate. Kershaw is having a terrific season and has no signs of slowing down.

The Dodgers have the better starting pitcher here with Kershaw over Alzolay and also have a lot of other things working for them here. The Cubs are one of the worst offensive teams in the league over the last 30-45 days and haven’t done much run scoring in this series either, with eight runs over the first three games.

It isn’t exciting, as we lay a big price here, but the Dodgers are the side on Sunday Night Baseball.