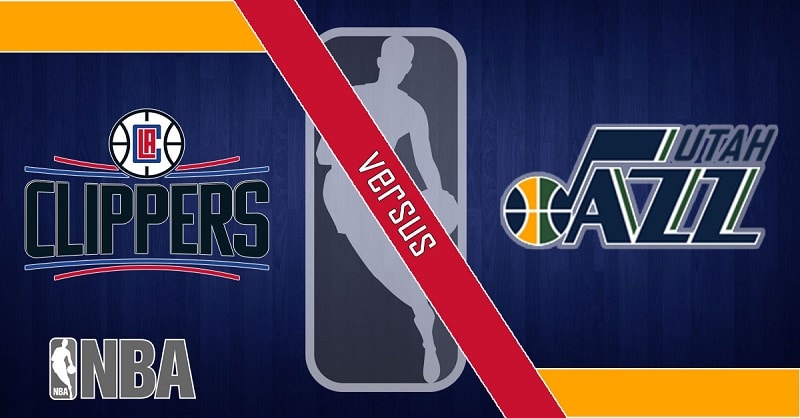 For being hobbled, Donovan Mitchell is still doing his part for the Utah Jazz. He just needs somebody else to come along for the ride.

The Jazz were pummeled in both games in Los Angeles, as the Clippers won Game 3 by 26 and Game 4 by 14. Both games in Salt Lake City were close, as the Jazz won by nine points combined. The series now swings back to SLC for Game 5 on Wednesday night and Utah is a small favorite of -3 at Jazz Sports with a total of 222.

They say you aren’t in trouble in a series until you lose at home. Let’s see if the Jazz can avoid exactly that.

The Clippers did not have a balanced scoring approach in Game 3, but they were still away to come away with the victory. A huge lift from Marcus Morris wound up really being the difference with 24 points on 6-of-11 shooting. Morris only had one made two-pointer on five tries, but he hit five of six threes and made seven of eight free throws.

The Clippers got 86 of their 118 points from Morris, Leonard, and George. It was a rare night with nothing from Reggie Jackson and the bench provided very little offense. It was more than enough to win. This series has been weird, with lots of twists and turns. The Clippers only shot 47% overall, but shot better than 40% from three and had all those free throw opportunities.

The Clippers only had 19 assists against 10 turnovers in Game 4, as they scored a lot of points at the free throw line. They only made 21 two-point shots in the entire game. But, it was good enough to win, and nobody asks “how” in the playoffs. They simply ask “how many” and the series is now tied at 2-2.

Donovan Mitchell might want to consider taking a backseat in Game 5. Mitchell is clearly not 100%, but he still took 26 shots in Game 4. Nobody else took more than 12. Mitchell scored 37 points, but was just 9-of-26 from the floor. He was only 3-of-11 on two-point shots. Mitchell jarred six of the 15 threes he attempted and made 13 of 15 free throws.

Mitchell had 37 of the 104 points for the Jazz. He also had a Usage Rate of almost 46% while clearly being less than 100%. Is that the right course of action going forward? Well, nobody else for the Jazz wants to step up. Jordan Clarkson’s “chuck from anywhere” approach has not worked the last two games and he was just 3-of-12 from the floor in Game 4. Bojan Bogdanovic had a nice game with 18 points, but he isn’t getting a whole lot of touches. Joe Ingles was solid again with 19 points, so he may need to see the ball a little bit more moving forward.

The Jazz got 11 bench points in Game 4. The bench was awful. Mitchell was selfish and didn’t work enough to get his teammates open. The Jazz had 11 turnovers in the game against 19 assists. They shot 40.5% from three, but only 43% for the game overall. Only 16 made two-pointers will not get it done.

The Jazz struggled offensively in Game 3 as well. Mitchell got less accurate as the game went on and Utah was buried early being down by 17 in the first quarter. He was 1-of-8 in the fourth quarter and played way too much of it for a team that didn’t have a chance to win. All of the sudden, it looks like this series has turned on Mitchell’s health and the lack of a supporting cast.

At this point in time, it looks like the Clippers have two reliable scorers and maybe a third. It’s hard to say that Utah has more than one and the efficiency of Mitchell is going to be in question with his ankle, which is obviously bothering him. The Clippers have forced the issue a lot more in terms of getting to the line and taking care of the basketball. You have to think that they’re in pretty good shape right now, especially with Kawhi and George shouldering the offensive load.