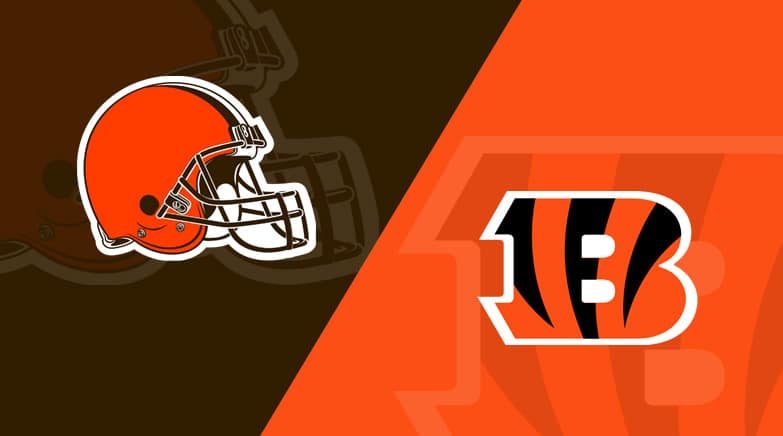 Week 9 of the 2021 NFL season brings the highly-anticipated matchup between Cleveland and Cincinnati, so we have prepared the best Browns vs. Bengals betting pick along with the latest odds update on Betus Sportsbook.

These two AFC North foes meet for the first time in 2021. The Bengals are small 2.5-point favorites with a total of 47.0 points, while the Browns are listed as +115 moneyline underdogs.

The Browns lost three of their last four games

The Cleveland Browns (4-4; 4-4 ATS) are struggling both on and off the field. They are 1-3 SU and ATS over the last four games, and two of those three losses came at home. Also, the Browns are dealing with some serious injury problems, while Odell Beckham Jr. got excused from Wednesday’s practice due to personal reasons.

Odell may have played his last game in the Browns uniform, and the Browns will be quite shorthanded Sunday against Cincy if Jarvis Landry (knee) doesn’t suit up. Donovan Peoples-Jones missed last weekend’s 15-10 defeat to Pittsburgh, and he’s questionable to play in Week 9.

Baker Mayfield (shoulder) returned from a one-game absence last Sunday. He couldn’t help his team beat the Steelers, finishing 20-for-31 for 225 yards. The Browns struggled mightily against Pittsburgh’s stout defense, racking up only 96 rushing yards on 23 attempts.

The Bengals suffered a shocking loss at the Jets

The Cincinnati Bengals fell to 5-3 SU and 4-4 ATS following a 34-31 defeat at the New York Jets in Week 8. Coming off a tremendous 41-17 road victory over Baltimore, the Bengals blew an 11-point fourth-quarter lead and came up short as 11.5-point road favorites.

Cincinnati’s defense fell apart in New York after allowing only 28 points in total over the previous two weeks. The Bengals gave up a whopping 511 total yards to the Jets while racking up just 318 in a return. Joe Burrow went 21-of-34 for 259 yards, three touchdowns, and an interception, while Joe Mixon had 14 carries for 33 yards and a TD.

The Bengals will look to get back on the right track, as they are still sixth in the league in points allowed per game (20.3). Cincinnati surrenders 94.4 rushing yards (7th) and 266.9 passing yards per contest (23rd).

Frankly, this game could easily go either way, and I’m backing the Bengals only because of their signal-caller. Simply put, I don’t trust Baker Mayfield to make the difference down the stretch in what should be a proper nail-biter.

Both teams desperately need a win, as the battle for the AFC North title is ridiculous this time around. The Browns have allowed only 29 points over their previous two games, while the Bengals will be fired up to make amends for that ugly display against the Jets.

Betting on the under seems like a way to go in this AFC North matchup. As I’ve mentioned a few times, both teams are capable of playing really good defense, while the Browns love to run the pigskin and control the clock.

Cleveland could have some problems running efficiently against this Cincinnati team. On the other side, the Browns have to bring their best defense in order to upset the odds. With so many injury problems on their roster, the Browns desperately need another strong defensive performance. The under is 4-2 in Cleveland’s last six games, and it is 5-2 in Cincinnati’s previous seven.