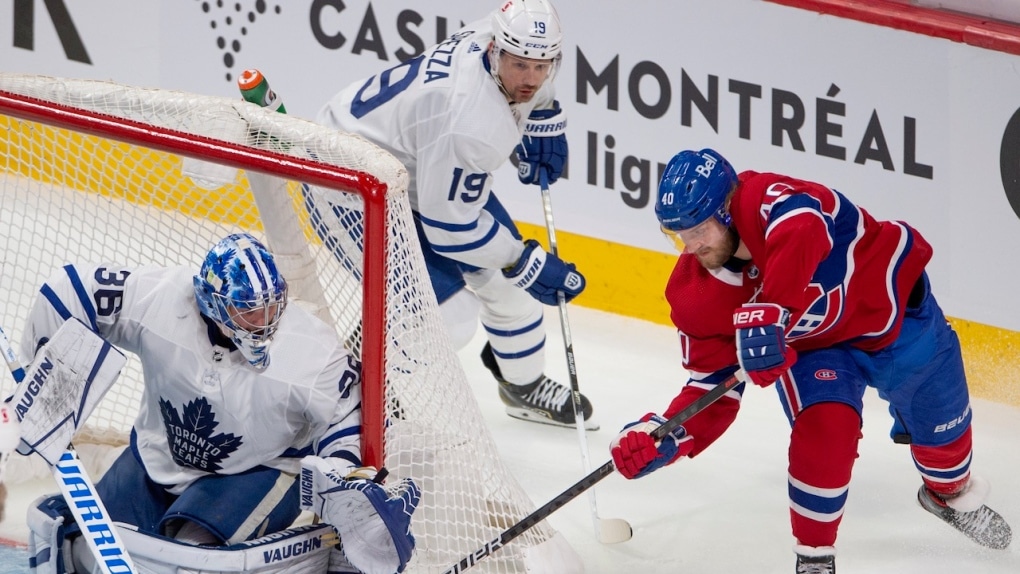 The Montreal Canadiens and Toronto Maple Leafs have not yet finished up their first-round series. While second-round series have started in other divisions, the Winnipeg Jets are still waiting to see which team they will play in the next round of the North Division playoffs.

Toronto is a heavy favorite in the -200 range at BetUS Sportsbook with a total of 5.5 for the decisive Game 7. The Maple Leafs have already had two chances to close out the series and lost by one goal in each of those games. Let’s see if they can finish it off and advance or if it will be another playoff heartbreak for the Maple Leafs.

Montreal lost seven of the 10 regular season meetings to the Maple Leafs, but a lot of the losses were close, hard-fought games. Toronto has a couple of four-goal wins in this series, but four of the six games have finished with one-goal spreads and we should expect another close one here in Game 7.

The Canadiens have not won a playoff series since 2015, when they won 50 games for the first time since the 1988-89 season. That team went to the Stanley Cup Finals, but fell short. It was only the second time in franchise history that the Habs won 50 games, but failed to win the ultimate prize. Those heydays are long gone, but the Canadiens are a live and plucky underdog here to knock off what some believe is the best Maple Leafs team in quite some time.

Montreal has gotten fortunate to extend this series to a seventh game. Over the last two games, Toronto holds a 65-51 edge in scoring chances at 5-v-5 and a 29-16 advantage in high-danger scoring chances. Carey Price has played very well late in this series after some rocky moments in the regular season and some rocky moments in Games 2 and 4. Price has a .926 SV% with 188 saves on 203 shots in the six games we’ve seen so far.

Montreal needs some players to really step up in tonight’s game. They’ve done a lot of lineup shifting and have tried different things at various points, but Game 7s are about finding guys that can step up in the spotlight. Like 21-year-old Nick Suzuki, who had the game-winning overtime goal to extend the series on Saturday night. Like regular season leading scorer Tyler Toffoli, who only has one goal in the six games of this series. Like Shea Weber, who is -3 and has zero points while playing 153:22 of ice time in this series. Those guys all need to make an impact.

Immense pressure in this spot on the Toronto Maple Leafs could make the home team and heavy favorite play a little tight. Toronto has not won a playoff series since 2004. It has been a big black mark on a franchise that hasn’t won the Stanley Cup since 1967. This was believed to be the best setup for the Maple Leafs, as a North Division team was guaranteed to be in the Final Four and the Leafs were the best regular season team.

Toronto went 35-14-7 in the regular season. The Maple Leafs found Jack Campbell in the middle of the year and he backstopped them to a huge run to stay atop the division and even put some distance in there between the Leafs and the Edmonton Oilers. It also felt like Toronto was in a great position after Winnipeg swept Edmonton out of the first round. All of those good vibes and positive feelings could go away in short order tonight.

The Maple Leafs have been the better team at 5-v-5 in the series, outscoring Montreal 12-8. Even on special teams, Toronto has three power play goals to just one for Montreal. That is what makes this Game 7 situation so frustrating for Toronto. By all accounts, this series should probably be over, but it’s not. Montreal is playing with a little house money here, while Toronto has all the pressure at home in front of a limited capacity crowd.

Mitch Marner hasn’t scored yet in this series. Auston Matthews only has one goal. The defensemen for the Maple Leafs have been very active offensively, but a lot of forwards have just been going through the motions. That will have to change and the star players will have to show up tonight. One player that will definitely show up is goaltender Jack Campbell, who has a .937 SV% in the series. He’s played well. Others have not.

Under 5.5 is juiced quite a bit here, but you have to expect a very tight Toronto team in this one. Four of the six games so far have stayed under 5.5. and this will be a game in which both teams try to lock down defensively and protect the front of the net as much as possible. Toronto should win, but laying -200 with how this series has gone and with the recent franchise history looks like a big ask.