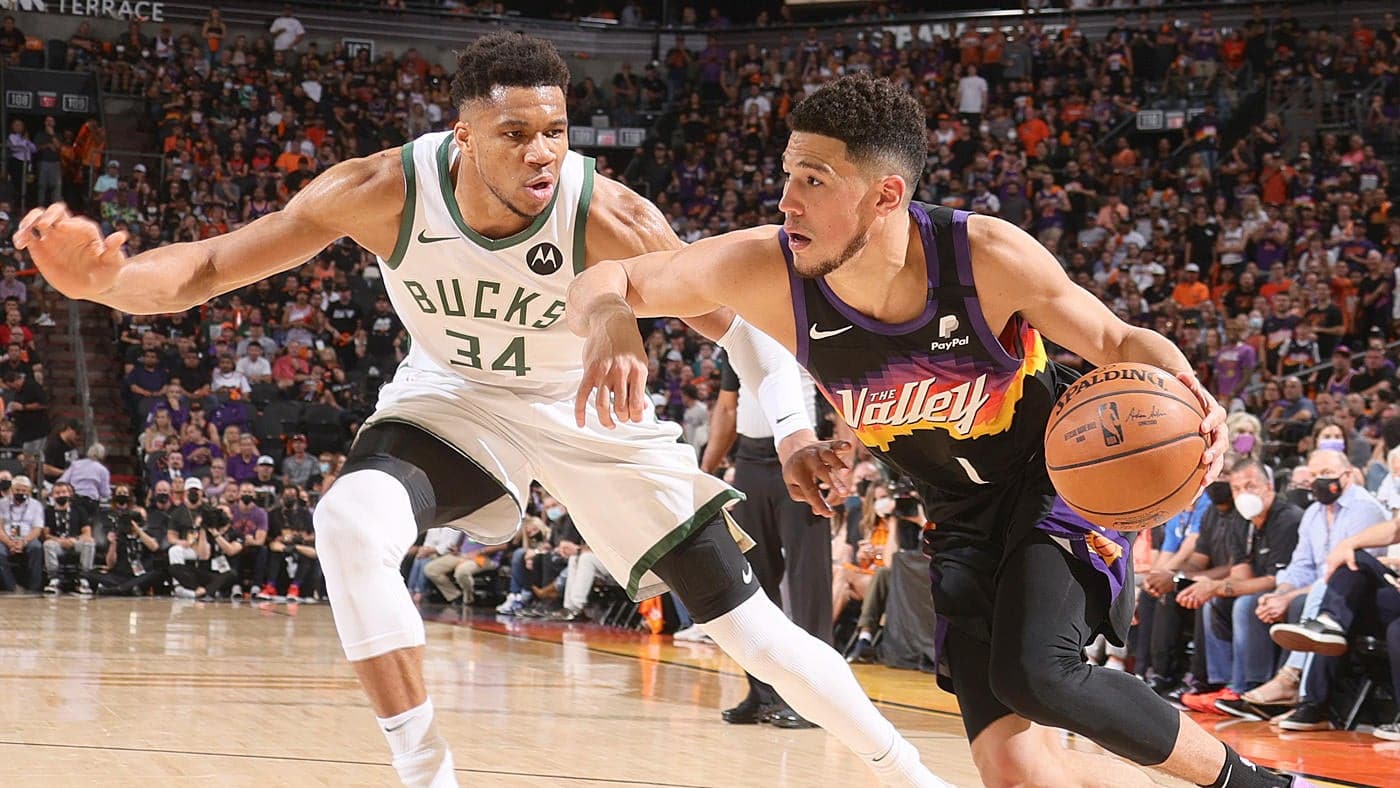 The Milwaukee Bucks got a huge lift prior to Game 1 of the NBA Finals when it was announced that Giannis Antetokounmpo would return from a knee injury that was seemingly better than it looked. He had 20 points and 17 rebounds over more than 35 minutes of action, so that was good, but the Bucks lost 118-105, which was not good for Milwaukee.

With Game 2 looming on Thursday night, the Suns are favored by 5.5 points, which is slightly higher than the adjusted line for Game 1 when it was announced that Giannis would play, but still lower than where the line was when we all figured that he wouldn’t. The total for Game 2 is 219.5 at Bookmaker Sportsbook with that 5.5-point spread.

Game 1 was not overly encouraging for the Bucks. It was certainly encouraging to get Giannis Antetokounmpo back and he looked somewhat healthy with 35:21 of action. What was not encouraging was that the Bucks, who had been shooting about 31% on three-pointers in the playoffs, shot 44.4% from three and still lost the game by 13.

They’ve been a rather inefficient offense over the course of the postseason, due in large part to being unable to make threes. In Game 1, they struggled to make twos, going just 24-of-52 on two-point attempts. They also had a major free throw disadvantage and missed seven of their 16 they attempted. The Suns went 25-of-26.

Shots started to fall for the Bucks in the second half, but they were already trailing by eight at that point and left the third quarter trailing by 16. Milwaukee shot just 43% in the first half and Khris Middleton was just 5-of-13 in the half from the floor. He has to be better and significantly better at that for the Bucks to be in this series. He was 7-of-13 in the second half, but the game was decided by that point.

Giannis played all but 24 seconds of the fourth quarter in a blowout, which seems like an odd choice by head coach Mike Budenholzer. It seems like it would have been a better idea to get Giannis off his feet.

Balance was the theme once again for the Suns. Chris Paul had 32 points and nine assists. Devin Booker had 27 points and that was even with just a 1-of-8 performance from three. Deandre Ayton continued his huge postseason with 22 points and 19 rebounds. Even Mikal Bridges got into the act with 14 points.

Jae Crowder was 0-of-8 shooting, but played well on the defensive end and rode the coattails of his teammates to a game-best +19 rating. Cameron Johnson and Cameron Payne each had 10 points off the bench. The Suns had a balanced scoring approach, much like the ones that they have had in previous series.

Devin Booker and Chris Paul split the usage pretty evenly. Even though Booker had a tough time from the floor, he still made all 10 of his free throws. Obviously it was a huge game for Paul, but the usage rates in this series will be very telling. Middleton for the Bucks is a fine player, but if he’s got as much usage as Booker, that will be a problem for Milwaukee. The Suns are able to rely more heavily on their best players and that may ultimately make all of the difference in Game 2 and also this series.

Why would Game 2 go any differently than Game 1? The Bucks had a big shooting performance from three for one of the few times this postseason and still lost by double digits. The Suns are just on another level right now and won comfortably in spite of a late announcement that Giannis would play. Game 2 should play out in similar fashion.