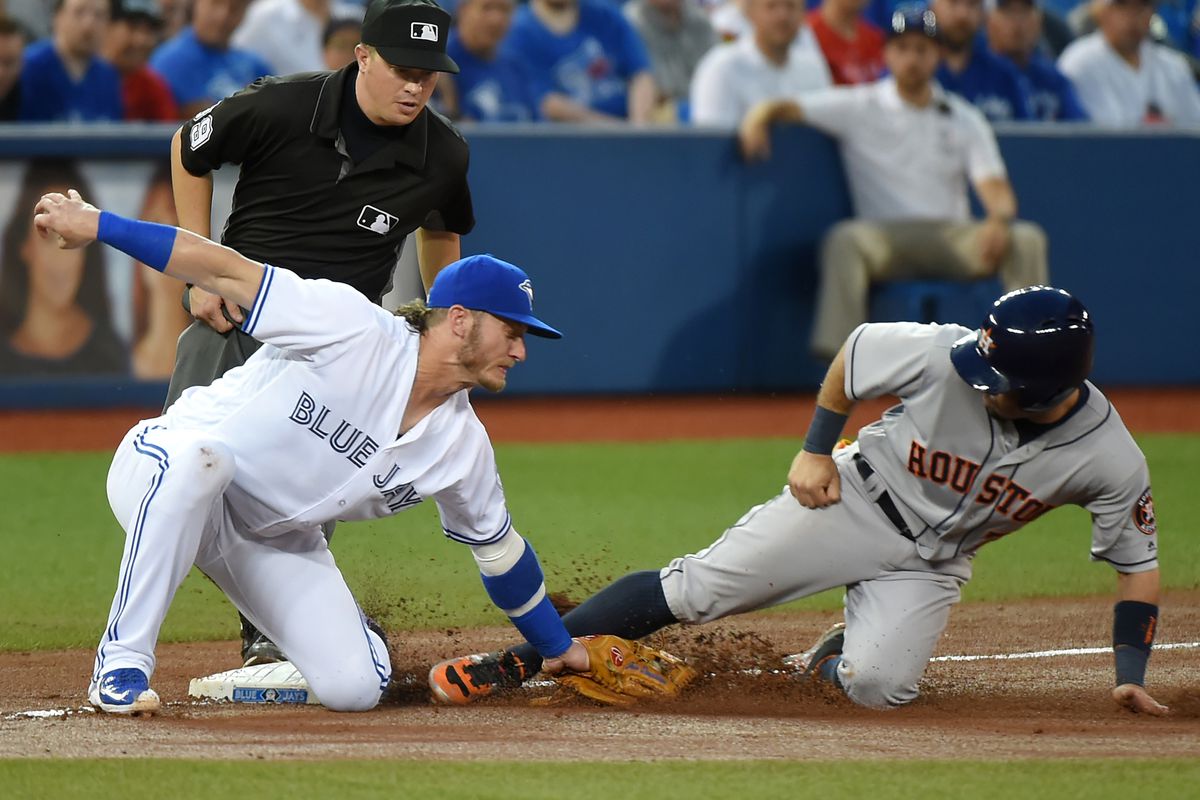 A full day of baseball is on the docket for Saturday, as we have day games, night games, and games in between. One of the evening games is a 7:10 p.m. ET start at the Juice Box down in H-Town, as the Toronto Blue Jays meet the Houston Astros. Minute Maid Park in Houston Texas plays a lot different when open as opposed to closed, so make sure you check on the status of the roof before you consider the side or total for this one.

With clear skies and seasonable temperatures, we’ll assume that the roof will be open for the matchup between Steven Matz and Cristian Javier. Javier is favored in the -140 range in this one with a total of 9 at BetUS Sportsbook.

We’ll break this one down and find a play on the middle game of this three-game set.

Toronto entered play on Friday ranked 14th in wOBA at .311. Given the smaller park dimensions and the atmospheric conditions at TD Ballpark in Dunedin, Florida, which is Toronto’s adopted home until June 1, we all expected a little bit more from the Jays. Part of the problem has been that they’ve been one of the league leaders in FB% this season in a year where the ball is not carrying and is playing more like when you hit a beach ball with a stick.

Toronto has hit well enough at home to be dangerous, though. It has actually been the road that has been problematic. The Blue Jays entered Friday’s game ranked 24th in wOBA on the road with one of the lowest slugging percentages in baseball. If Dunedin helps with the small dimensions in spite of the increased drag on the ball, then the road is still going to hurt and that seems to be the case to this point.

It looked as though Steven Matz had turned over a new leaf in his first three starts for Toronto. He allowed one run and went at least six innings in each of those outings. Since then, he’s allowed 14 runs on 20 hits over his last 13.2 innings of work. Add it all up and you get a 4.78 ERA with a 4.29 FIP from Matz. He’s struck out 33 in 32 inninsg against 10 walks, but he’s also had some big bumps in the road as well.

Part of the problem is that Toronto has not played well defensively. Springer’s absence hurts on offense, but he’s also an above average outfielder. The Blue Jays grade really poorly in Statcast’s “Outs Above Average” metric, so they aren’t even making the average plays, let alone the harder ones that pitchers really need sometimes.

The Astros found out what life on the road after cheating scandal can be when they went to the Bronx. New Yorkers were ruthless, far harsher than other fan bases regarding the Codebreaker scandal that involved sign-stealing and a trash can. Houston is back to its safe haven now with the home crowd that will be far less hostile.

Houston is off to a nice offensive start as a clear top-10 offense in baseball. Entering play on Friday, the Astros had a .316 wOBA that was good enough for eighth in the league. With the park factor adjustment because Minute Maid Park is a tough place for offense when the roof is closed, their 105 wRC+ was up among the league leaders as well.

Houston has the lowest K% in MLB this season. The ball is not carrying and is slowing down en route to fielders, but each and every chance with a ball in play can be a positive and the Astros are proving that with their low strikeout rate and their .254 batting average, which ranks in the top five. Houston is also not walking much, as they’ve taken a very aggressive approach to hitting this season.

Cristian Javier will make the 16th start of his young MLB career. The 24-year-old righty has a 1.75 ERA with a 2.56 FIP on the season. Pitching to fly ball contact seems to be a good idea this season and it is something that fellow rotation mate Jose Urquidy has been doing to have some success thus far. Javier has paired all of that aerial contact with a 30% K%, so he’s gotten a lot of easy outs.

Javier has allowed some hard-hit contact this season with a Hard Hit% of 42.4%, a big increase from last season’s 29.3%, but he keeps hitters off-stride and has had some big pop up rates throughout his career. Those are just extensions of strikeouts. This looks like a good profile and an even better one with regards to 2021 and how things are going.

Houston has the starting pitcher advantage here, especially with how Matz has leveled off quite a bit. The roof being open would change the outlook a bit for Javier, though his high K% could be an equalizing factor. As it is, we should expect Houston to put a lot more balls in play and therefore have more chances to score runs.

With that in mind, we’ll look at the Astros in this one.