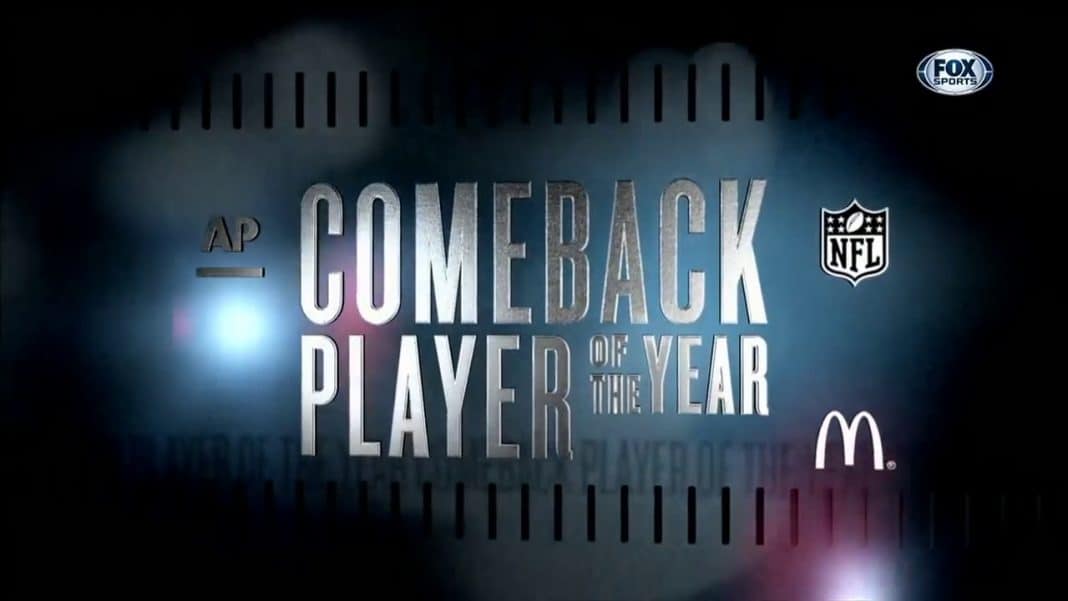 It is not the most-watched competition of the NFL regular season, but fans are usually pretty interested in seeing who wins the Comeback Player of the Year award.  With the number of guys coming off bad seasons, coming out of retirement, and season-ending injuries, there are many potential contenders.

The hard part is going to be picking one to get behind and put your money on. However, once you see the odds, the decision may not be too hard to make (odds via MyBookie.ag):

Now, when it comes to the Comeback Player of the Year, it is important to realize who is eligible. We are accustomed to seeing guys coming off significant injuries winning it, but they are not the only guys eligible. Players just need to have some adversity to overcome to be eligible, be it injury, a bad year, retirement, or anything else.

There are undoubtedly several promising candidates in this group. If Ben Roethlisberger can return at 100 percent, he will be an excellent choice. Many fans will be watching Rob Gronkowski down in Tampa Bay with his buddy, Tom Brady.

The Houston Texans need J.J. Watt to bounce back if they are going to be competitive this season. Matthew Stafford will get the chance to generate the kind of number voters like to see in the Lions offense. If Joe Burrow can pick up in the NFL where he left off in college, A.J. Green will have a shot.

But the guy that will be getting the most attention in the weeks ahead will be Cam Newton—now that he has signed with the New England Patriots. If anyone can help the former MVP regain that form, it is Bill Belichick and Josh McDaniels.

Now, he will have to beat out Jarrett Stidham and Brian Hoyer to start. Beating Hoyer should be easy, but Stidham could be more of a challenge. Bill Belichick has spoken highly of his young quarterback. But maybe he is not as confident as he has appeared to be. Otherwise, why sign Newton?

This bet is a difficult one since there are so many strong candidates. Roethlisberger is the safe bet right now, but many would probably say the same thing about Cam Newton. However, there is no guarantee he will win the job or, if he does, remain healthy enough to play an entire season.

The best bets here are going to be the ones with higher odds and an element of risk.

If Antonio Brown signs with someone and doesn’t get suspended or cut three weeks later, he’ll be a great choice. Should Alex Smith return, beat out Dwayne Haskins, and play well, voters will have a hard time not voting for him.

Don’t count Nick Foles out, either. He seems to play his best when people have forgotten about him.