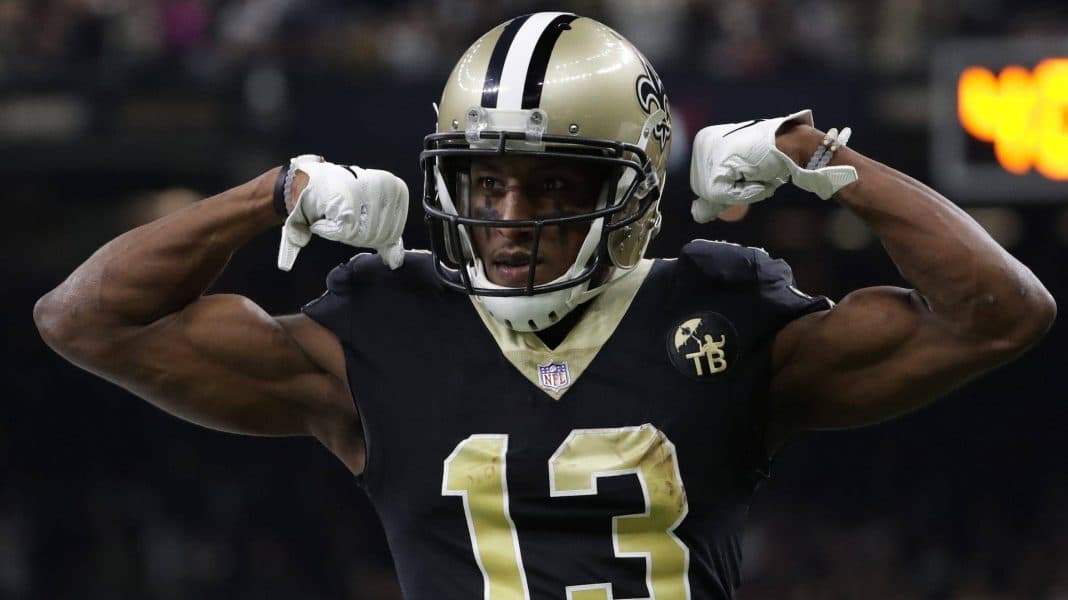 Will Michael Thomas Lead the League In Receiving Yards Again?

Not that someone else will be the most productive, instead. Thomas will have one of the best quarterbacks in the league to work with again and will be the focal point of the New Orleans Saints offense. The opportunity to lead the league in yards will certainly be there.

But is he worth betting on?

The last repeat receiving yards champion was Calvin Johnson back in 2011-12. However, the oddsmakers at MyBookie.ag seem to think Thomas could do it this season:

After beating out Julio Jones by more than 300 yards last season, it is not hard to see why Thomas is favored. Defenses already key on him, but with little success. However, with Emmanuel Sanders added to the lineup, he could see fewer targets this season. At the same time, coverages could loosen up on him as defenses try to account for Sanders.

Then there is the ever-present danger of Alvin Kamara.

Julio Jones will likely have another great season, but it would not be shocking to see him lose touches to Calvin Ridley this year. Davante Adams is not a bad option with how much Aaron Rodgers counts on him. But he will have to make a huge leap with his numbers to get in the top 5.

Mike Evans and Chris Godwin will likely cancel each other out. But it is not hard to imagine Deandre Hopkins reaching new heights in Kliff Kingsbury’s system with Kyler Murray at quarterback. Tyreek Hill’s odds are surprisingly long considering his offense, but the Chiefs may have too many options in their offense for him to produce enough.

If Baker Mayfield and Odell Beckham Jr. can bring their ‘A’ games, OBJ is a great candidate—but whether they can is a mystery.

Thomas is the easy option, and the payout would not be bad with his odds at +450. However, if you are looking for someone with longer odds that has a shot, give Deandre Hopkins and Odell Beckham Jr some thought. Both will undoubtedly be in the top 5 if they, and their quarterbacks, can live up to their potential.

If you are interested in a really long long-shot, give Brandin Cooks some thought. He is a talented receiver that will be working with an excellent quarterback in Deshaun Watson. If he can stay healthy throughout the season, he could have a special year—but that is a real big if.