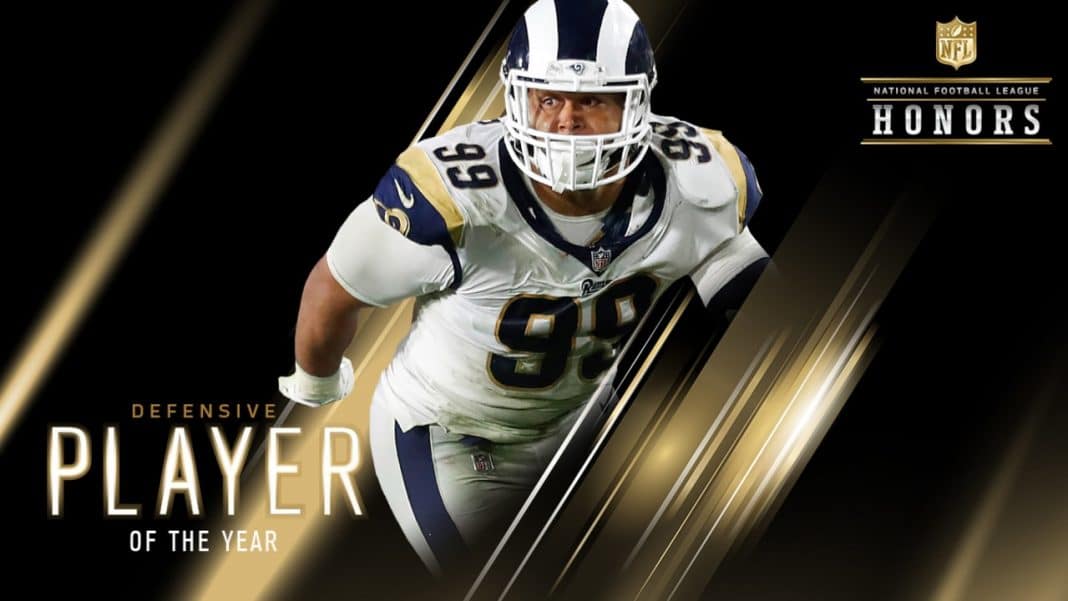 It is a lot harder to judged defensive-minded awards than their offensive counterparts. For offensive ones, voters can get a good idea of who to pay attention to by looking at the stats. But that is not the case for things like Defensive Player of the Year.

For defensive players, a lack of stats does not mean they have not been producing.

As it turns out, there have been several standout defensive players this season. While oddsmakers at Bovada.lv have a favorite, the race appears to be coming down to three guys:

Aaron Donald has won the award in two of the last three seasons and is playing like a man determined to make it three of the last four. He is a big part of why the Rams have one of the best defenses in the NFL.

His total tackles number is not impressive (26), but down linemen typically do not have big tackle numbers. They occupy blockers so that linebackers can swoop in and make tackles. However, he does have nine sacks to his name, which ties him for fourth in the league with T.J. Watt.

While their sack numbers are the same, Watt has been credited with more pressures on the quarterback than Donald. Heading into Monday night’s Buccaneers-Rams game, Donald had 42 to 57 for Watt (according to NextGenStats).

Both are having great seasons, but so is Cleveland Browns defensive lineman Myles Garrett—who has a half-sack more than Donald and Watt. However, while Garrett grades well according to PFF, he ranks fifth among edge rushers while Watt is ranked first.

But in a race as tight as this is, every opportunity to shine is crucial. Garrett had to miss last week while on the Browns Covid-19 list and is expected to miss this week as well. He will have to dominate the rest of the way when he returns to overtake either Watt or Donald.

This is a tough one to call, but the edge may be with Watt simply because he can impact the game in other ways than Donald. Donald can impact a passing game by himself with his ability to rush the passer, and he certainly makes offenses think twice about where they run the ball.

But the versatility that comes with playing linebacker will allow Watt to do things Donald will probably not do (defensed passes, interceptions, etc.). Playing for the league’s last undefeated team will also give Watt’s name more exposure with voters.

It will be close, but take Watt to win DPOY this season.