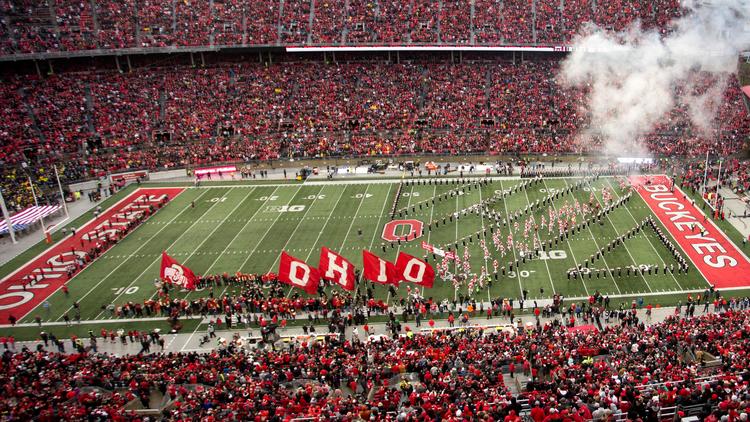 Ohio State head coach Ryan Day led the Buckeyes to a third consecutive Big Ten title last season and a berth in the College Football Playoffs. With the team he has coming back, Ohio State is favored to win the conference for the fourth year in a row this season.

Yes, they have some holes to fill in their starting lineup, but they also have the talent on the roster to fill them. So, it would not be shocking to see the Buckeyes be as strong as ever this season. But that doesn’t mean the rest of the conference is going to lay down and concede the title.

The oddsmakers at MyBookie.ag make it clear who they think might give the Buckeyes a good fight this season:

According to those odds, Ohio State has a 55.56 percent chance of winning the conference title again. Wisconsin comes in a distant second with an 18.18 percent chance making it not look good for anyone other than the Buckeyes.

While Ohio State may win another Big Ten title this season, they will get pushed hard by at least four teams—Wisconsin, Penn State, Michigan, and Minnesota (maybe more).

The Badgers will need a new stud running back to emerge this season since Jonathan Taylor has moved on to the NFL. They will also need to replace three offensive linemen from last year’s excellent group. But if there is one thing they do well in Wisconsin, it’s finding stud offensive lineman and running backs.

The offense may need a couple of games to gel, but should be fine. Indiana might be tough, but otherwise, they don’t face a real challenge until Week Four—Michigan.

Penn State has a solid core of talented starters to build around like quarterback Sean Clifford. However, they are going to have to find 11 new starters this season. Without spring practice to help them figure out who those guys will be, they could be in danger of getting off to a slow start.

Of course, Michigan would love nothing more than to be the team that knocks Ohio State from its pedestal. But they will need a few things to really go their way to have a real shot. They must find a quarterback that can come through in the clutch. The offensive line needs to be rebuilt, and they are woefully short on experience among the wide receivers.

Minnesota came out of nowhere last season to become a viable contender, but few people seem confident they can do it again. However, with the talent they have returning on offense, they will be in the conversation.

But to win it, they are going to need to rebuild their defense.

The safe money is on Ohio State, of course. But if you are up for taking a chance or two, Penn State could overcome the odds this season, and it wouldn’t be shocking to see Wisconsin or Minnesota come out on top.

If you are interested in rolling the dice on a longshot, Iowa could be sneaky good this year, and Indiana might surprise a few people as well.